When the BCCI releases photos of the England-bound test squad, fans wonder, “Where is Rohit Sharma?” 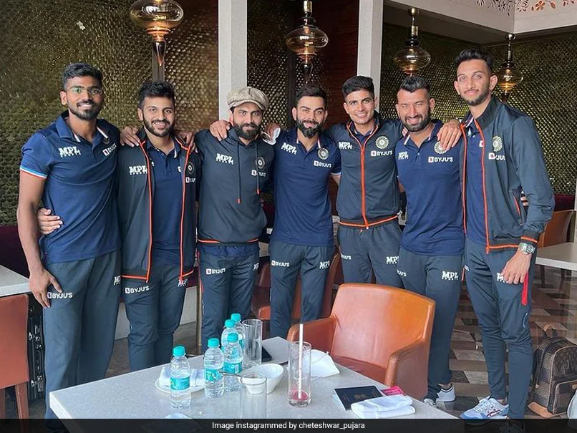 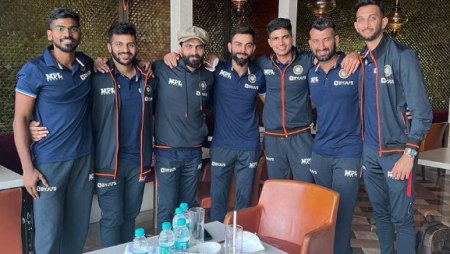 When the BCCI releases photos of the England-bound test squad, fans wonder, “Where is Rohit Sharma?” The BCCI released photos of India’s Test squad. Before they flew to England to begin preparations for the rescheduled fifth Test.

Members of the Indian Test squad arrived in England on Thursday to begin preparations for the rescheduled fifth Test in July. The Board of Control for Cricket in India (BCCI) released photos of the contingent ahead of their departure. “England bound. Snapshots as #TeamIndia takes off for England,” the BCCI captioned the post. Virat Kohli, Mohammed Siraj, Cheteshwar Pujara and Jasprit Bumrah are among the players who can be spotted in the picture. Notably, Ravindra Jadeja as well, who suffered an injury during the recently concluded Indian Premier League (IPL) 2022 season.

Pujara, like Kohli, Jadeja, Shardul Thakur, Shubman Gill, Prasidh Krishna, and KS Bharat, took to social media to share a photo with them.

“Ready for the next challenge, UK bound!” Pujara captioned the photo.

Vice-captain KL Rahul too not seen in the pictures. Rahul will not be able to recover in time from a groin injury suffered earlier this month, according to reports, and will miss the match.

Moreover, During the first four matches of the series last year, both Rohit and Rahul were in commanding form.

India were leading the series 2-1 when the fifth and final Test called off at the time due to a COVID-19 outbreak in the visitors’ camp and the match rescheduled to July this year.

The England-India match will be held at Edgbaston Stadium in Birmingham.