“We’ve played a lot against Pakistan and we know they are a dangerous side” Tim Southee said. 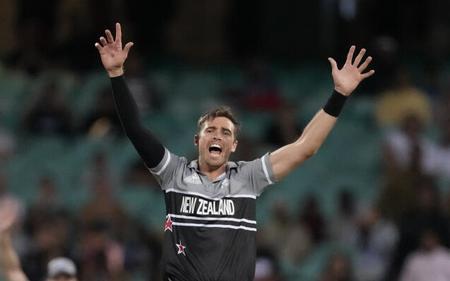 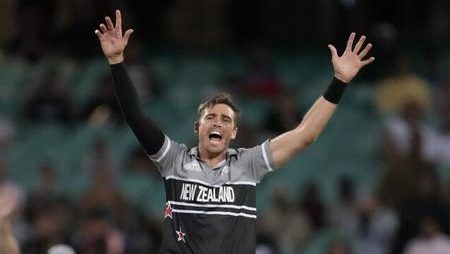 “We’ve played a lot against Pakistan and we know they are a dangerous side”. Tim Southee said On November 9 at the SCG, New Zealand will play Pakistan in the first semi-final.

After the conclusion of the final Super 12 stage match on Sunday, the stage is set for the four semi-finalists. New Zealand, who finished second last year. It will play Pakistan, while tournament favorites England will have a tough test against a hot Indian team. Tim Southee of New Zealand has acknowledged. That the squad won’t make the error of underestimating their opponents prior to the match at the SCG.

After dropping both of their initial matches. Pakistan, the team with the most semi-final appearances in tournament history, was in danger of being eliminated early. However, consecutive victory against the Dutch and South Africa. It kept their chances alive, and a customary error by the Proteas. And It gave them a chance to advance to the semifinals. The Kiwi pacer appreciates their efforts and is well aware of Pakistan’s threats throughout the competition’s knockout rounds.

“When you get to the top four every side has a chance. We’ve played a lot against Pakistan in recent times and we know they’re a dangerous side. Credit to them, they probably turned up thinking they didn’t have much of a chance, but they put on another good performance and they’ll be a massive threat come to the semi-final,”

Read also: Ravichandran Ashwin’s confidence and skills ahead of the T20 World Cup in 2022 are questioned by Kapil Dev. – ‘He was hiding his face’

“There’s still a lot of cricket to be played until we get to the final”Southee said.

Southee spoke on New Zealand’s prospects of returning to the final for a second time in a row, saying that the squad is taking things one game at a time and must play their best to advance. The seasoned player quickly stated that they will approach the forthcoming game in the same manner as they did with all of their prior contests and are not attempting to do anything different.

“There’s still a lot of cricket to be played until we get to that stage. Pakistan are a quality side and we’re going to have to be on top of our game to get past them on Wednesday. Hopefully, we can continue the way that we’ve been playing and have another good performance in the semi. One of the consistencies of the side is the way we approach things is pretty much the same, no matter what game it is. That’s something to come back to and that’s something we’re very good at,”