Weather forecast for the third Twenty20 International in Hyderabad 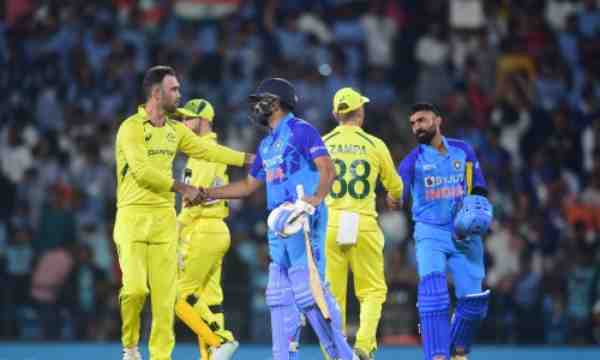 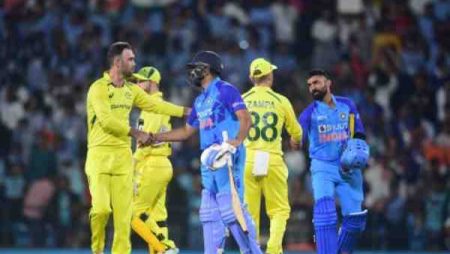 Weather forecast for the third Twenty20 International in Hyderabad. There is also a probability of rain in the third T20I.

The series is currently equal after India’s spectacular triumph in Nagpur in the second T20I, and the final will be contested on Sunday, September 25, 2022, at Rajiv Gandhi International Stadium in Hyderabad.

After losing the series, Rohit Sharma and company shown incredible tenacity and bravery to defeat Australia by 6 wickets in a rain-affected encounter. Chasing 91 in only 8 overs, the hitman unleashed the beast, scoring 46* off 20 deliveries, while Dinesh Karthik chipped in with 10 off 2 deliveries to help the side win.

Axar Patel’s performance is certainly a significant gain for India heading into the T20 World Cup. The left-arm spinner took two key wickets in the middle overs, dismissing Glenn Maxwell and Tim David. However, death overs continue to be a source of anxiety for Team India. Harshal Patel has been pale since his comeback from injury, but team management is unconcerned at the time.

Australia, on the other hand, played a good game of cricket but ended up on the losing end of the outcome. Despite recent criticism, skipper Aaron Finch delivered a scorching knock to help Australia set the tone in the first overs. Following his departure, Matthew Wade seized over and hammered 43* off 20 balls to help Australia reach 90 in eight overs. Although Adam Zampa took three wickets, India easily chased it down.

Weather forecast in Hyderabad during the IND vs AUS match:

Even though the match is not in jeopardy, there is a potential of rain in Hyderabad for the third T20I. The temperature will be approximately 22 degrees Celsius throughout the game, and the wind will gust to 19 kilometers per hour. With 59% cloud cover, the chance of thunderstorms is 11% and the chance of precipitation is 55%. Bowling first will be desirable in these scenarios once again, and an aim of 180+ is expected from both teams.

Also Read: Dinesh Karthik scores six and four in the last over of the second T20I against Australia.