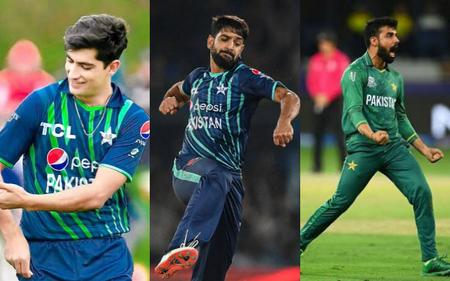 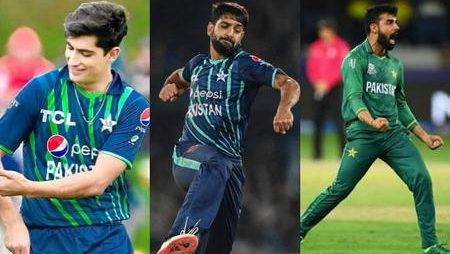 The T20 World Cup 2022 is concluded, and the trophy will be decided between England and Pakistan at the MCG. It was sad for India and New Zealand, the losing semi-finalists, and it has been demonstrated that bowling, rather than batting, has won games for teams in critical situations.

It was clear from the manner India failed to pick up a wicket against England, and many doubts were raised about the Men in Blue’s bowling assault. Pakistan, on the other hand, has managed to re-enter the competition thanks to brilliant bowling performances and a diverse assault. Jaffer addressed the gap in quality between the Indian and Pakistan bowling attacks before of the final.

Jaffer cited Pakistan’s bowling lineup, which includes talented fast bowlers such as Shaheen Afridi, Naseem Shah, and Haris Rauf, as well as their good performance in the competition thus far. He remarked on how Shadab and Nawaz gave various varieties and thought that they had more bowling options than India had in the competition.

“There isn’t a doubt that Pakistan’s bowling attack is better than India. Especially the fast bowling, they have got Shaheen Shah Afridi, Haris Rauf and Naseem Shah and they all bowl 140 plus. Rauf can easily touch 150 and he is bowling really well. If you consider Shaheen, the way he has bowled looks like he is coming back to form. Naseem is bowling pretty well and Shadab is a brilliant all-rounder,”

“They you have Nawaz, although he has let them down in crucial moments. Overall you can definitely say, Pakistan has better bowling attack than India. We (India) have batted well in the tournament and our bowling looks weaker than our batting. That is the reason why we lost,”

Read also: “You Will Win If…” Prior to the T20 World Cup Final, former captain Imran Khan addressed Pakistan.