Wasim Jaffer on Virat Kohli: “Every Innings Is Going To Pile Pressure On Him” 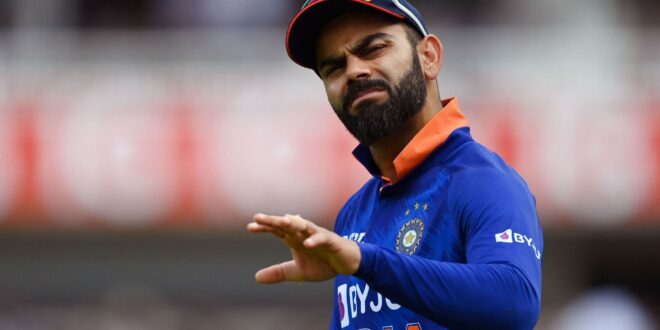 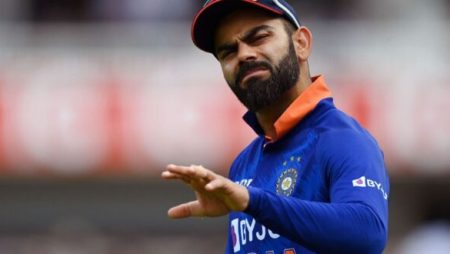 Wasim Jaffer on Virat Kohli: “Every Innings Is Going To Pile Pressure On Him. ” Wasim Jaffer stated that bowlers will continue to target him in the corridor of uncertainty, and that it is up to Virat Kohli to find a way out of it.

Virat Kohli’s poor run with the bat continue. As he was dismissed for 16 off 25 balls in the second One-Day International against England. Kohli caught behind yet again by left-arm pacer David Willey off a delivery angled across him. Former India batter Wasim Jaffer said, after analyzing his wicket, that Kohli needs to improve his understanding of the deliveries he needs to leave outside off stump. Jaffer stated that bowlers will continue to target Kohli in the corridor of uncertainty, and that it is up to Kohli to find a way out of it.

Wasim Jaffer on Virat Kohli: “Pile Pressure On Him”

“Virat Kohli looked good once again, but teams will continue to bowl outside off stump all the time. He needs to understand this, especially when he can’t get runs off. He can dab anything short to third man. Anything full is acceptable. He must, however, understand which deliveries he must leave “Jaffer stated this during a conversation on ESPNcricinfo.

While Kohli has rested for the upcoming white-ball series. Jaffer believes that staying in touch with the game would have benefited the star batter more.

“Every inning adds to the pressure on him and probably raises his doubts. People are constantly reminding him. I’m sure it all adds up for him. He would have contacted me if he had played those T20s. I’m not sure if this break will be beneficial to him. The next inning will be critical for him “He stated.

England won the second One-Day International by 100 runs, tying the three-match series at 1-1.

The series finale will take place on July 17 at Old Trafford in Manchester.