Wasim Jaffer discusses the potential of an India-Pakistan T20 World Cup final in 2022.-‘Broadcasters will be dying for it’ 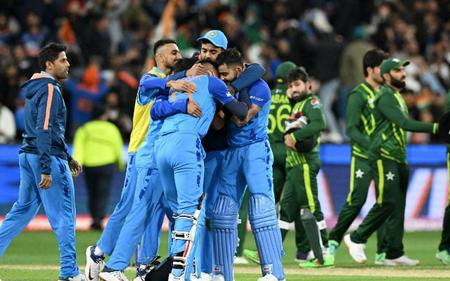 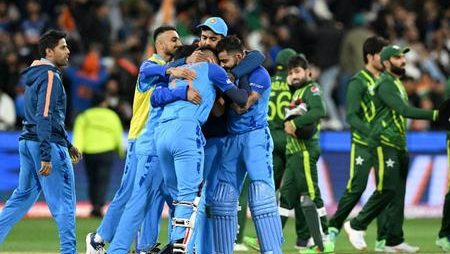 Wasim Jaffer discusses the potential of an India-Pakistan T20 World Cup final in 2022.-‘Broadcasters will be dying for it’. From Group 2 of the Super 12 phases, India and Pakistan advanced to the semi-finals.

The India-Pakistan match at the MCG in the Super 12 phases of the T20 World Cup 2022 demonstrated the intensity of the match. More than 90,000 supporters packed the stadium, and the game was decided down to the wire. It was a game for the ages, with many twists and turns that proved to be a humdinger. Virat Kohli was the game’s outstanding batsman, scoring a scorching unbeaten half-century to help his team win.

Since the game, there has been much speculation about additional India-Pakistan games taking place in other places. Notably, after placing first and second in Group 2, both of these clubs have now qualified for the semi-finals. If they win their respective semi-final games, it might mean another big India-Pakistan final at the MCG.

People will watch, it will have the highest TRP in the recent times – Said Jaffer.

Jaffer mocked Nikhil Chopra by saying that broadcasters would hope for a match similar to the India-Pakistan final. He went on to say that he thought it might be a tremendous jackpot for both sides and that it would garner a lot of TRP points.

“Absolutely, more than anyone the broadcasters will be dying, Nikhil Chopra is in the studio (with a laugh). Broadcasters will want an India-Pakistan final and I think it will a Jackpot for everyone including both nations. India-Pakistan T20 final after 2007 will be the biggest event you will see. People will watch, it will have the highest TRP in the recent times,”

“Even Melbourne game broke a lot of records, but T20 final featuring India-Pakistan will be cracker jacker event,”

Read also: Moeen Ali on Why This India Batter Is “Best In The World”, “He Absolutely Murdered Me”