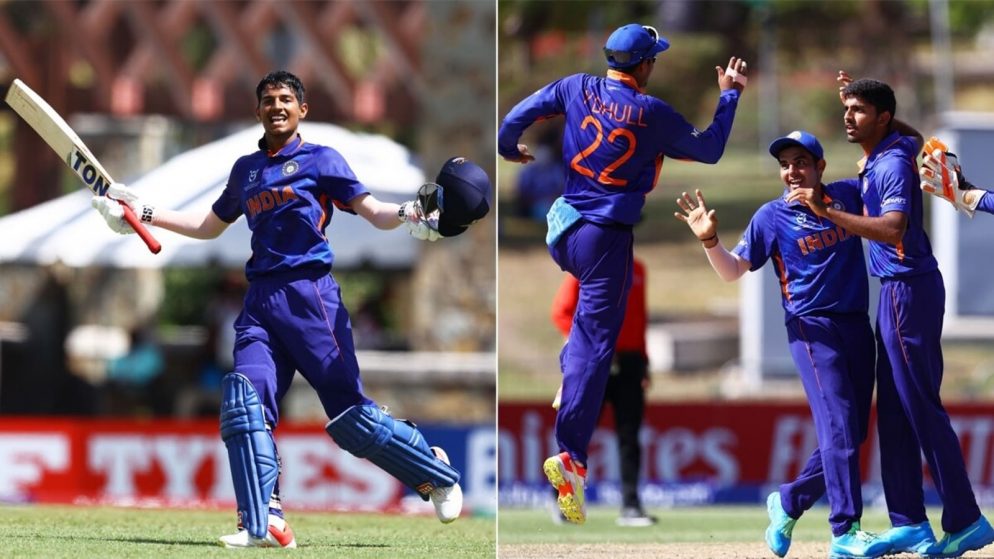 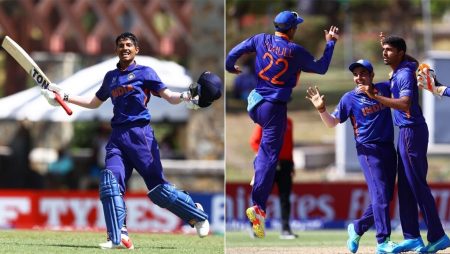 Laxman has accompanied the India U19 team to the Caribbean islands, where he has provided valuable input to the young players.

Yash Dhull scored a stunning century as India defeated Australia in the U-19 World Cup semi-finals on Wednesday at the Coolidge Cricket Ground in Antigua. With his century against Australia, Dhull joined a select group of India U19 captains who have scored a century in the tournament. Virat Kohli and Unmukt Chanda had done the same at the U19 World Cup before him. Batting on 98, Dhull drove one to mid-wicket, stealing two runs and completing his century.

Yash removed his helmet and jumped in the air in celebration as the Indian dugout rose to their feet to applaud the skipper’s efforts.

Laxman accompanied the India U19 team to the Caribbean islands, where he provided valuable advice to the young players.

VVS Laxman applauds after Yash Dhull scores a century in the U19 World Cup semi-final.

India won the match by a 96-run margin. Advancing to the U19 World Cup final for the fourth time in a row.

However, after winning the toss and electing to bat, India made a sluggish start to the match.

But Dhull and vice-captain Shaik Rasheed took charge, putting on a fantastic 200-run partnership for the third wicket.

Dinesh Bana’s (20) later surge propelled India to a total of 290 for five.

In response, Australia were bowled out for 191 runs, with Lachlan Shaw top-scoring with a fine 51.

In the final, India will face England for a record-extending fifth U19 World Cup title.

Also Visit: U19 World Cup Semi-Final: Yash Dhull charges down the track to hit an Australian bowler for a massive six.