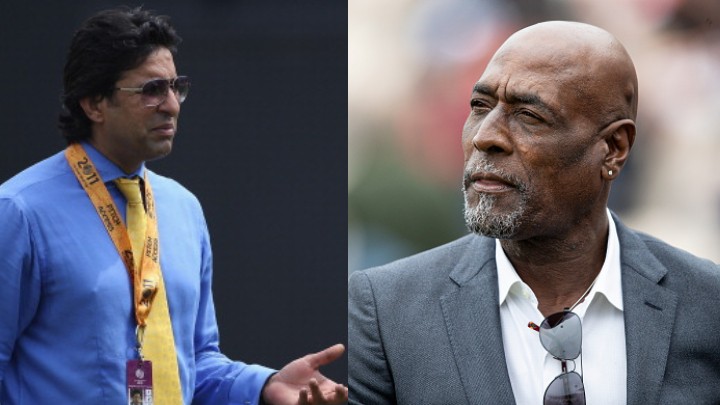 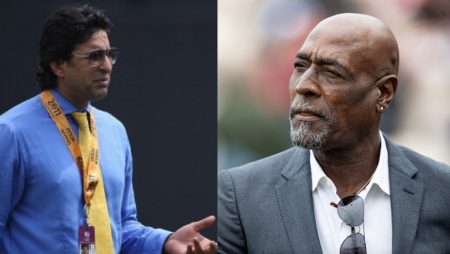 Former West Indies captain Viv Richards reflected on his playing days and poke about certain cricketing personalities he admired. Despite having “nightmares” about their abilities every now and then. Richards mentioned former PAK pacer and captain Wasim Akram. Describing him as “very, very special” since his early days in international cricket. Richards opened up to ESPNcricinfo about his struggles while facing Wasim at the end of the former’s cricket career.

Richards specifically mentioned a delivery that he described as “one of the quickest” he had ever seen on a cricket pitch.

Viv Richards Praises Wasim Akram: “One Of The Quickest Deliveries”

“One of the quickest deliveries I’ve ever seen, and I believe there was someone upstairs keeping an eye on me. I had some hair left at the time, a mini-Afro, and this one flew by so fast that I could hear it hitting the wicketkeeper’s gloves and exclaimed, ‘Wow, wow.’ Wasim was a young man approaching the scene, and I was on my way to the exit door, so I was glad that while he was approaching, I was on my way “According to Richards.

The former West Indies all-rounder joked that he was fortunate to be nearing the end of his career when Wasim burst onto the international scene, sparing Richards the struggle the bowler would have caused if he had played for a longer period of time.

“I recall saying to the batsmen in the West Indies team at the time, ‘Hey man, good luck to you guys, having to face that guy on a regular basis man.’ Wasim, he was one of a kind. I can still see that particular delivery to this day. Every now and then, I have nightmares about it “He continued.