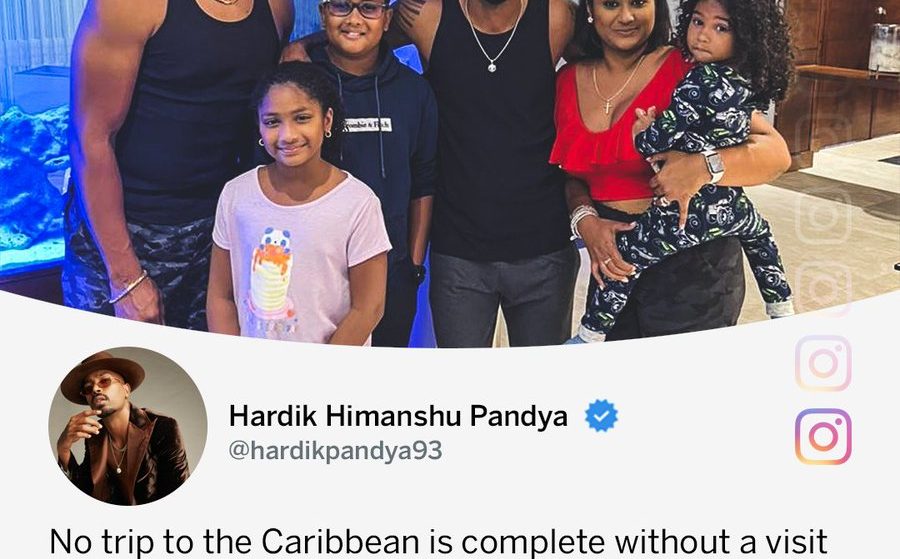 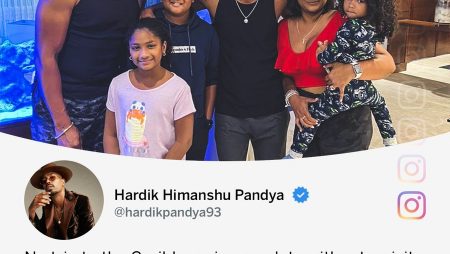 “Visit to the King’s House”: Hardik Pandya Meets “Brother” Kieron Pollard. Hardik recently paid a visit to Pollard’s home and posted photos on social media. Hardik can be seen posing with Pollard and his family in the photos.

On Saturday, Team India will face the West Indies in the fourth T20I of the five-match series in Lauderhill, Florida. India leads the series 2-1 after winning the one-day international series 3-0 last month. India all-rounder Hardik Pandya caught up with his former Mumbai Indians teammate Kieron Pollard ahead of the fourth T20I. Hardik given a rest for the ODI series before rejoining the team for the T20Is. Pandya recently paid a visit to Pollard’s home and posted photos on social media. Hardik seen posing with Pollard and his family in the photos.

“A trip to the Caribbean isn’t complete without a stop at the King’s residence. Polly, my favorite, and your lovely family, thank you for accommodating my brother @KieronPollard55.” The post was captioned by Hardik.

On Saturday and Sunday, the fourth and fifth Twenty20 Internationals will be played in Florida.

“Ro gives you a lot of flexibility and freedom, which has been his strength throughout his captaincy stint whenever I have played with him,” Hardik Pandya said after India took a 2-1 series lead over the Windies.