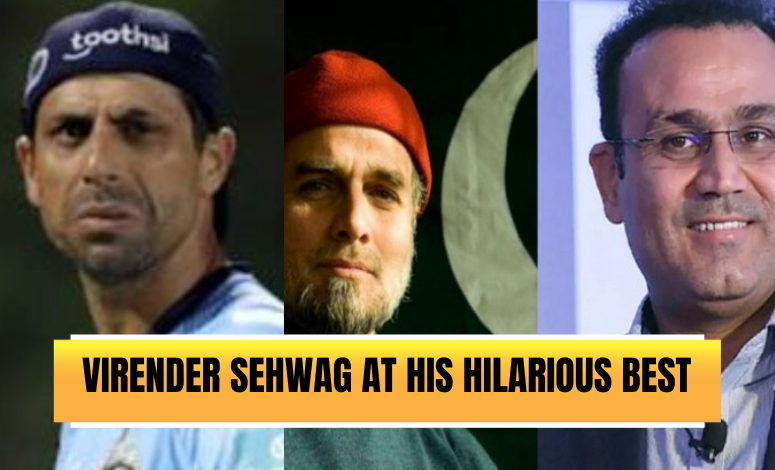 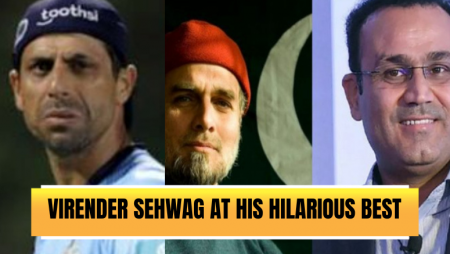 Former India batter Virender Sehwag trolled Pakistan political analyst Zaid Hamid. After the latter mistook javelin thrower Neeraj Chopra for cricketer Ashish Nehra in a tweet. Arshad Nadeem, a Pakistani javelin thrower, won a gold medal for his country at the recently concluded Commonwealth Games. Hamid tweeted about this accomplishment: “What makes this victory even sweeter is that this Pakistani athlete defeated Indian javelin throw hero Ashish Nehra. Ashish had defeated Arshad Nadeem in the previous competition. What a sweet revenge to return.”

The Twitterati immediately noticed Hamid’s confusion between Neeraj Chopra and Ashish Nehra as soon as this tweet went out. Former India batter Sehwag also tweeted a screenshot of Hamid’s tweet with the caption: “Chicha, Ashish Nehra is currently campaigning for the position of Prime Minister of the United Kingdom. So Relax.”

Arshad Nadeem of Pakistan scripted a few days ago when he won a gold medal at the Commonwealth Games, bringing the country’s first gold medal in the sport at the CWG.

In the final of the CWG, Nadeem threw 90.18m, making him the first South Asian to break the 90m mark.

Concerning Neeraj, he missed the Commonwealth Games due to an injury sustained in the World Championships final, where he won a silver medal.

Syed Hussain Bukhari, Arshad’s coach, previously stated that he would like to see Neeraj Chopra compete with Arshad in either Islamabad or Lahore. He went on to say that Neeraj is like their son and that if he wins, they will lavish him with love.

In an interview with the Indian Express, Bukhari stated: “Arshad trains at the Jinnah Stadium in Islamabad and Lahore most of the time; my dream is to see Arshad and Neeraj compete in a packed stadium in Islamabad or Lahore. Neeraj is similar to our son.”

“As a Pakistani, I promise you that if Neeraj wins, we will shower him with the same love that we showered on Milkha Singh Ji in 1960 when he defeated Abdul Khaliq in Lahore. Athletes share a common passion for sports “He continued.

Also Read: Virat Kohli Works Hard in Practice Ahead of the Asia Cup 2022