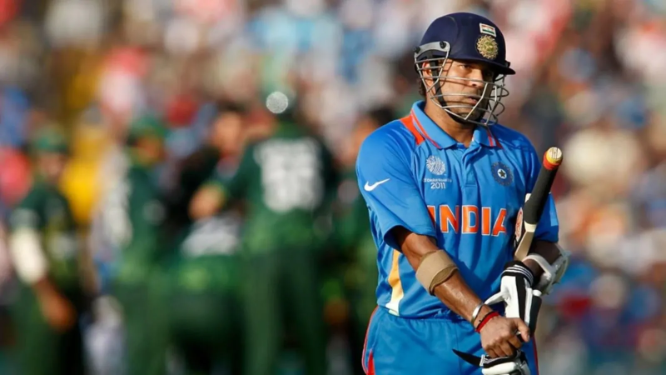 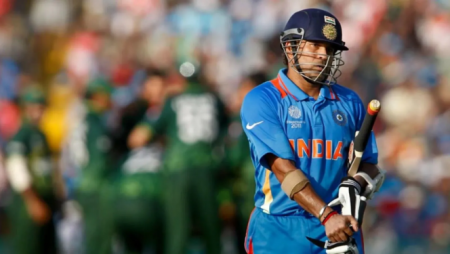 On Tuesday, Chennai Super Kings (CSK) won their first game of the ongoing IPL 2022 season thanks to a fiery performance from Shivam Dube. The all-rounder hit an unbeaten 95-run knock off 46 balls to help his team beat Royal Challengers Bangalore (RCB) by 23 runs at the Dr DY Patil Sports Academy in Navi Mumbai. On the final delivery of CSK’s innings, the India international could have scored a century but failed to hit a six. The 28-year-old was on his haunches in disappointment after failing to reach his ton. Former India opener Virender Sehwag praise Dube on Cricbuzz. Saying his knock was comparable to a ton because it won the game for his team.

“Good That I Didn’t Make A Century”: Virender Sehwag

Former pacer RP Singh, who was also on the Cricbuzz panel, reminded Sehwag of a time when Tendulkar hit a century but India lost the game.

Tendulkar’s reaction to losing his wicket on 85 in the 2011 Cricket World Cup semi-final against Pakistan, which India went on to win by 29 runs, was also recounted by Sehwag.

Sehwag also told a story about Tendulkar’s reaction to losing his wicket on 85 in the 2011 Cricket World Cup semi-final against Pakistan, which India won by 29 runs.

“I was also a part of that game, as well as many others. Paaji (Tendulkar) actually told us. He was dismissed in the 80s in the semi-final against Pakistan. He laughed slightly as he entered the dressing room. When I asked him why he was laughing, he walked away. “It’s a good thing I didn’t hit a century.” Who knows, we might lose the game “, he explained.

“He is also a human being. He understands that winning is more important than the century. And this is coming from a player who has 100 international centuries to his name. So I’d say his (Dube’s) 95 is the equivalent of a century “, he went on to say.

In addition to Dube, Robin Uthappa hit a half-century as CSK posted 216 for four in 20 overs, chasing a target of 217 runs.

Uthappa scored 88 runs off only 50 balls.