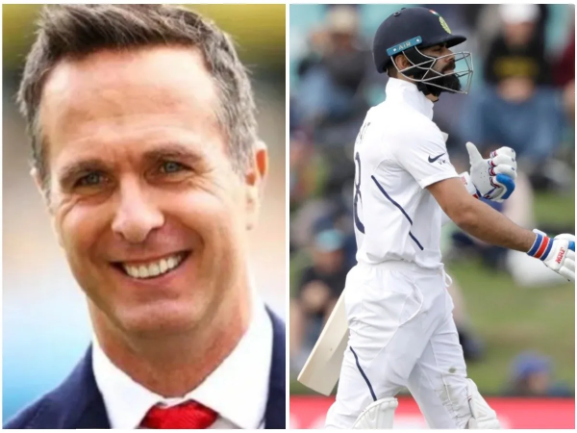 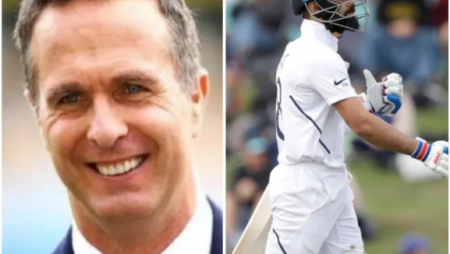 The rescheduled fifth Test between India and England will begin on Friday at Edgbaston in Birmingham. It will be interesting to see if India can win the Pataudi Trophy. After Rohit Sharma failed to recover in time after testing positive for COVID-19, India would be led by Jasprit Bumrah. The spotlight would also be on Virat Kohli, who has not scored a century in international cricket since November of this year.

Former England captain Michael Vaughan believes that if Kohli can reach 30 against England, he could easily reach 100.

Vaughan also named the former captain as the Indian player to watch in the Test match.

“The Indian player to watch this week at Edgbaston is Virat Kohli.” Just think back a few years to one of the greatest Test match centuries on this ground. I believe he is overdue. “How long has it been since he got three figures?” Vaughan asked on Cricbuzz.

“It’s been a long, long time for Virat Kohli; if he can get to 30, I think he’ll get those three figures that he’s desperately wanted for such a long time.” So, Virat Kohli is the Indian player to watch,” he added.

When asked about the key battle to watch for, Vaughan stated: “The key battle at Edgbaston pits Jasprit Bumrah, a world-class performer, against Jonny Bairstow, who bats on another planet. Bairstow will attack and try to score as soon as possible. The strike rate against New Zealand was well above 100, and I believe he will try to replicate that performance against India, so the key battle could be Indian skipper Jasprit Bumrah vs Jonny B.”

Vaughan made the following prediction for the game: “Edgbaston, England – Coming off three victories over New Zealand, I see nothing but an England juggernaut continuing. India has experienced a great deal of upheaval due to issues such as selection, injuries, and COVID. I only see England winning. Believe the England juggernaut of Baz and Ben will continue at Edgbaston. I see nothing but an England victory, possibly a thrashing.”

India currently leads the five-match series 2-1 after victories at Lord’s and The Oval last year.