Virat Kohli’s dismissal against Pakistan, according to Gautam Gambhir 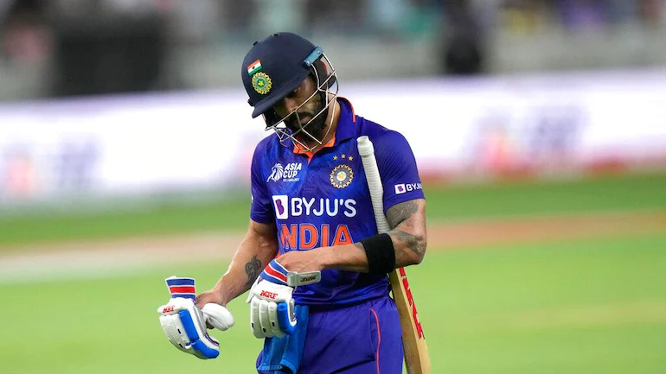 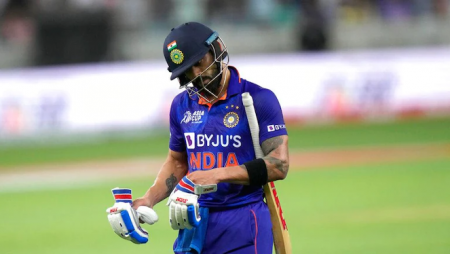 Virat Kohli’s dismissal against Pakistan, according to Gautam Gambhir. Kohli hit 35 off 34 balls and played a crucial knock with KL Rahul out in the first over.

Virat Kohli wasn’t in great form heading into the Asia Cup 2022, but the former captain showed flashes of his brilliance in the tournament’s opening match. Many fans questioned Virat’s form, and some even suggested that Deepak Hooda replace the 33-year-old in the future. Virat even took a break during the summer series against Zimbabwe and the West Indies.

Virat’s form was what changed against Pakistan. He appeared shaky at first, but he eventually settled into a rhythm. His short arm jab was well received not only by fans but also by the pundits in the commentary box. Even after a promising start, Kohli’s dismissal is heartbreaking for millions of his fans to witness.

Mohammad Nawaz dismissed Rohit Sharma and Virat Kohli in a similar manner, as both senior players attempted but failed to clear the ropes over the long-off. Kohli’s shot lacked power, and Iftikhar Ahmed made an easy catch in the end. Gautam Gambhir then expressed his disappointment. He called it a “nothing shot” and predicted that Kohli would be disappointed.

“It’s T20 cricket, you think you should back your instincts at times, and you did, but it’s a frustrating shot because it was a nothing shot.” There is no problem if you were attempting to hit a six and got out because you were attempting to play a big shot. You didn’t try to hit a six here, nor did you find a gap. “It was literally a nothing shot, which is probably why he will be even more disappointed,” said the former opener.

Also Visit: Steve Smith, free of the moniker “Mr. Fix It,” is eyeing a spot in the T20 World Cup.

Things might have been easier if you had built your inning: Gautam Gambhir on Kohli’s performance

Kohli scored 35 runs off 34 deliveries and contributed a crucial knock with KL. Rahul Chahar was out in the first over, and Rohit Sharma was struggling in the middle. He provided much-needed stability in the powerplay, on which the middle-order batters capitalized later. Many fans, however, believe that the ‘King’ of Indian cricket should have finished the match.

Gautam Gambhir believes the batter should have focused more on building his innings. Especially since Indian captain Rohit Sharma had just lost his wicket in Nawaz’s previous over.

“He (Kohli) will be extremely disappointed because Rohit Sharma’s wicket had just fallen, and if you play a shot like that, it is better that a youngster did not play that shot.” “If a youngster had played that kind of shot, there would have been a lot of criticism,” Gambhir told Star Sports.

“I am certain of the number of runs he has scored in international cricket,” the two-time world champion added. When he sees this shot, he will tell himself that it was unnecessary. You batted 34 balls and scored 35 runs; your captain had just left; if you had built your innings a little more, things might have been a little easier.”

Also Read: Mitchell Marsh ruled out of the remaining ODIs against Zimbabwe