Virat Kohli Worked Out In The Gym Before His Game In Hong Kong. 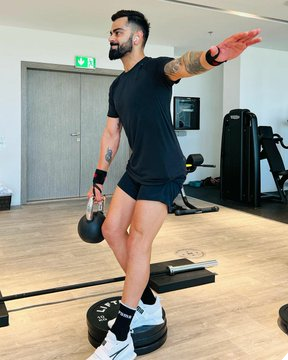 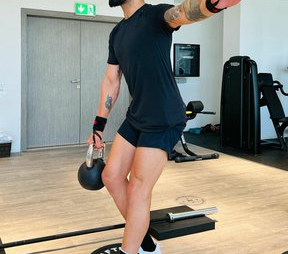 Virat Kohli Worked Out In The Gym Before His Game In Hong Kong. Kohli is making every effort to prepare for the next Asia Cup match.

Virat Kohli, India’s star batter, may have been dismissed after a good start against Pakistan in the Asia Cup 2022. He is working hard to prepare for the next match in the showpiece event. Kohli, who returned to the national team after a month off, scored 35 off 34 balls as India defeated Pakistan by five wickets on Sunday. As he prepares for the Hong Kong match, the former India captain shared photos from his workout session on Twitter on Tuesday.

Kohli also gave a signed Team India jersey to Pakistan pacer Haris Rauf after the Men in Blue defeated the Babar Azam-led side.

The BCCI tweeted a video of a star Indian batter presenting an India jersey to a Pakistani pacer, writing, “The game may be over, but moments like these will live on. Following the #INDvPAK game, @imVkohli makes a touching gesture by handing over a signed jersey to Pakistan’s Haris Rauf.”

On Tuesday, Bangladesh and Afghanistan will square off in the tournament’s third match.