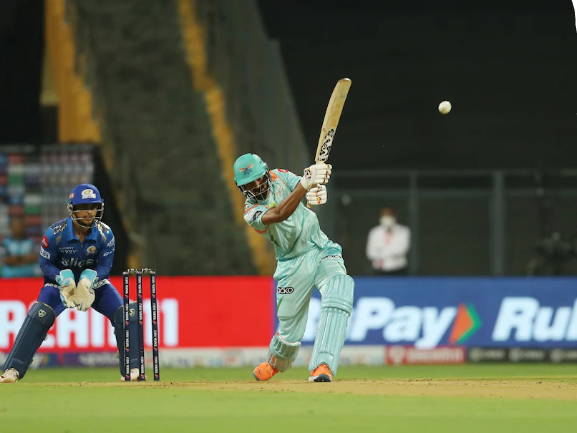 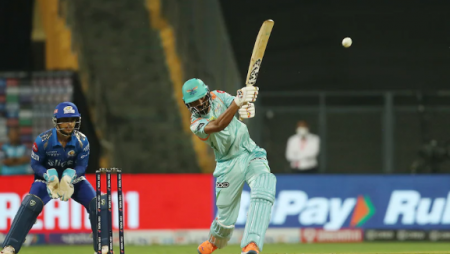 Lucknow Super Giants (LSG) defeated Mumbai Indians (MI) in their Indian Premier League (IPL) 2022 match at the Wankhede Stadium on Sunday, thanks to KL Rahul’s brilliant century. After LSG were put in to bat, Rahul put on a solo performance with the bat. He smashed an unbeaten 103 off 62 deliveries to help LSG to a total of 168/6. Then, their bowlers put in an outstanding performance, limiting MI to 132/8. MI couldn’t hold their innings together after Rohit Sharma was knocked out for 39, and LSG eventually won the match rather comfortably.

With 12 points, Gujarat Titans lead the IPL 2022 Points Table. SunRisers Hyderabad are second, with Rajasthan Royals in third. With their victory on Sunday, LSG moved up to fourth place.

Meanwhile, Royal Challengers Bangalore are fifth. The four teams below GT are all tied in terms of points and are only separated by Net Run Rate.

The next three teams are all tied on six points, with the Delhi Capitals in sixth place, the Kolkata Knight Riders in seventh, and the Punjab Kings in eighth.

Chennai Super Kings are ninth in the table with four points, while MI are last with a record-extending eighth defeat of the season.

Jos Buttler maintains his lead in the run-charts, having already scored 491 runs, including three centuries. However, Rahul, who hit his second century of the season, is second with 368 runs.

Hardik Pandya is third with 295 runs, while Tilak Varma, a young MI star, is fourth with 272 runs.

The top wicket-takers list was unaffected by Sunday’s match. Yuzvendra Chahal maintains his lead in the Purple Cap race with 18 wickets, while T Natarajan has 15. Kuldeep Yadav is third with 13 wickets, and Dwayne Bravo is fourth with 12 wickets. Umesh Yadav rounds out the top five with 11 wickets.