Umran Malik Sets a Personal Speed Goal for Himself 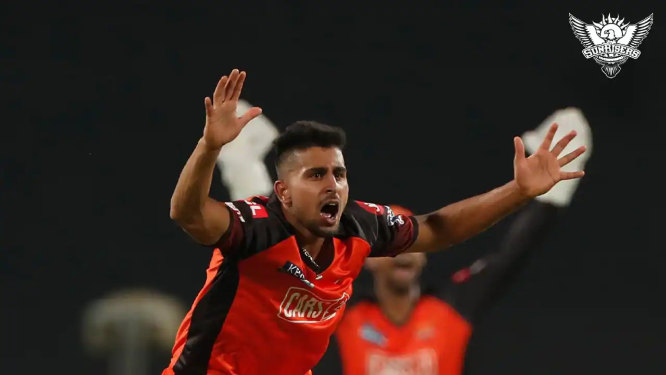 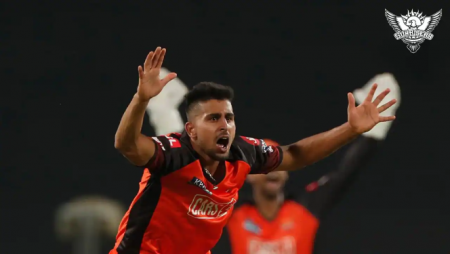 Umran Malik Sets a Personal Speed Goal for Himself. SRH may have lost a nail-biter to Gujarat Titans, but Umran Malik shone with his raw pace and a five-wicket haul.

Umran Malik, a young pace sensation who claimed his maiden five-wicket haul in the IPL at the Wankhede Stadium in Mumbai, says he would like to break the 155 kmph barrier one day, but his main focus remains on bowling in the right areas. With figures of 5/25, the 22-year-old from Jammu had Sunrisers Hyderabad on the verge of victory before Rahul Tewatia and Rashid Khan pulled off a heist for Gujarat Titans by hitting four sixes in the final over to win the match by five wickets.

Despite the fact that his efforts were in vain, Umran was rightly named player of the match for his fiery spell of fast bowling, one of the best in IPL history.

“The plan was to bowl fast while maintaining length and planning the wickets. As an example, I bowled out Hardik bhai with a bouncer and shuffled up (Wriddhiman) Saha with a yorker “Malik stated following the game on Wednesday night.

“I tried to mix my bowling and target the wickets. Our bowling, on the other hand, has been excellent.” – Umran Malik

When asked if he still wants to bowl at 155kmph, he said, “I just want to bowl in the right areas and get wickets, and if I have to bowl above 155 kmph, God willing, I will do it one day.”

Malik has consistently clocked speeds in excess of 150 kmph this season and has taken 15 wickets in eight matches at an average of 15.93.

Malik, who came into the attack in the eighth over, bowled devastatingly quick deliveries to scythe through the Gujarat Titans top-order, becoming the first IPL bowler to take all five wickets in an innings.

He removed Hardik Pandya with a combination of pace and bounce after rattling Shubman Gill’s off stump.

Following that, he bowled a perfect 153 kmph thunderbolt yorker to dismiss Wriddhiman Saha, before dismissing both David Miller and Abhinav Manohar to finish with a five-for.