Umran Malik, a tearaway quick, gets candid with Mohammed Shami. 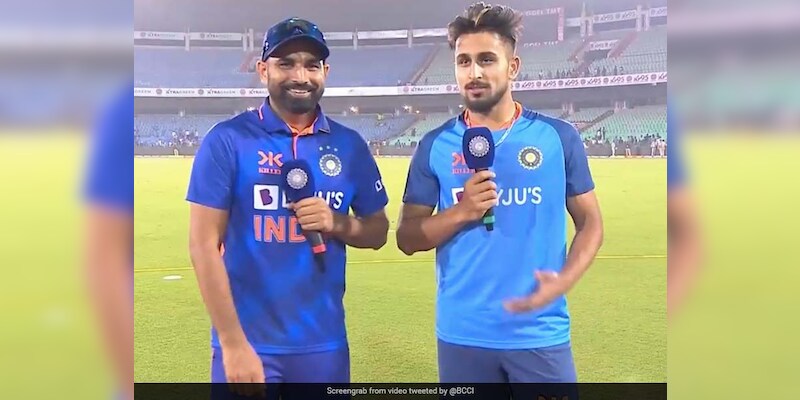 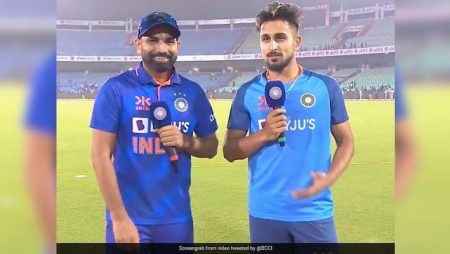 Umran Malik, a tearaway quick, gets candid with Mohammed Shami. Mohammed Shami and Umran Malik were frank during their interview on BCCI TV. The pair discussed the former’s outstanding performance in the second ODI between India and New Zealand.

Mohammed Shami and Umran Malik were frank following the completion of India vs. New Zealand 2nd ODI on Saturday, January 21 at the Shaheed Veer Narayan Singh International Cricket Stadium. Following India’s comfortable win over the Blackcaps, both players opened up in an honest chat.

Shami named Player of the Match in the second ODI for his superb effort in which he grab three key wickets and scalped two of New Zealand’s leading batsmen. Shami, Mohammed Siraj, and Hardik Pandya all took early wickets, leaving the opposition down by 15 runs with half their batting lineup out.

“Smile rakho, white ball hai, maar to sabko padni hai,” added Shami, who appear to be in a good mood. Keep smiling, it’s white ball cricket, therefore everyone is going to get struck. Simply trust in yourself and your ability, and try to get something out of the wicket).”

“If usko control karenge, ham duniya pe raaj karenge. (I also have some words of advise for you. You have a lot of potential, and your future seems promising. I don’t think you’ll be easy to play against with your speed. Simply practice regulating your line and length. Then you may rule the planet).”

India and New Zealand are currently competing in white-ball cricket.

New Zealand’s current tour consists of three ODIs and three T20Is. India has taken an unassailable lead in the ODI series, leading 2-0 heading into the third game in Indore.

The first game between the two teams was a high-scoring contest that India won by barely 12 runs. The second ODI, on the other hand, was a rather one-sided game, with India winning by an eight-wicket margin.