U19 World Cup Semi-Final: Yash Dhull charges down the track to hit an Australian bowler for a massive six. 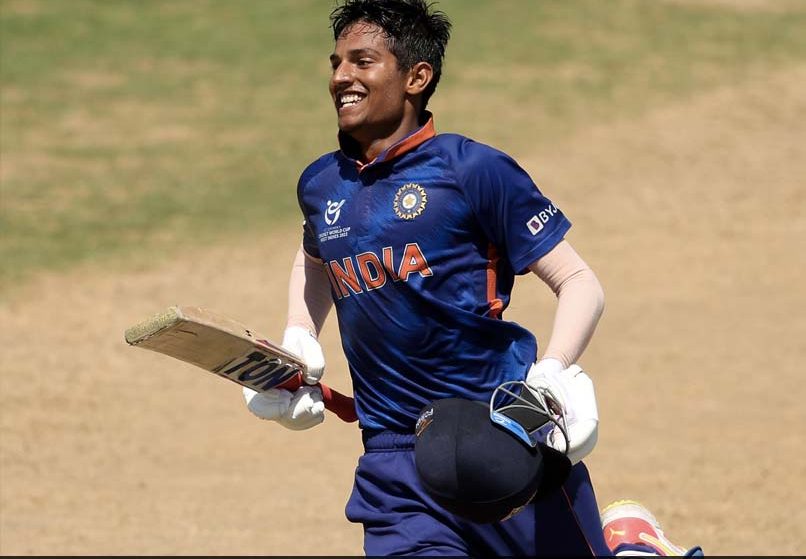 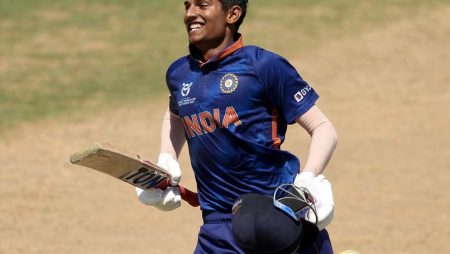 U19 World Cup Semi-Final: Yash Dhull charges down the track to hit an Australian bowler for a massive six. Against Australia, the 19-year-old hit 10 boundaries and a six, catching the attention of the cricketing world.

Captain Yash Dhull was at the pinnacle of his abilities. As he led India to a fourth consecutive U19 World Cup final on Wednesday. Dhull’s run-a-ball 110 in the second semi-final at the Coolidge Cricket Ground laid the groundwork for India’s comprehensive win over Australia. Against Australia, the 19-year-old hit 10 boundaries and a six, catching the attention of the cricketing world. Tom Whitney, an all-rounder from Australia, had bowled him a slightly short-pitched delivery.

Dhull, on the other hand, made some room by charging down track before slashing one over the long on boundary for a monster six.

Also Visit: How the World Reacted When Ross Taylor Retired

In order to advance to the final, India won the toss and chose to bat against Australia in Antigua.

However, the early dismissals of openers Angkrish Raghuvanshi and Harnoor Singh had put the four-time champions on the back foot.

However, Dhull and his deputy, Shaik Rasheed, set the tone for a dominant performance, adding 204 runs for the third wicket.

The skipper was run out on 110 before Rasheed (94) was caught on the next ball, missing his century by a whisker.

It was now up to the bowlers to get India to the final, which they did.

Vicky Ostwal, the tournament’s leading wicket-taker, took three for 42, while Ravi Kumar and Nishant Sindhu each took two wickets as Australia were bowled out for 194.

Lachlan Shaw scored a valiant 51, but it wasn’t enough as Australia was defeated by 96 runs.

On Saturday, India will face England in the final at Antigua’s Sir Vivian Richards Stadium.

One Reply to “U19 World Cup Semi-Final: Yash Dhull charges down the track to hit an Australian bowler for a massive six.”