“Things Can Get Unhealthy Otherwise,” says Virat Kohli about taking a break before the Asia Cup. 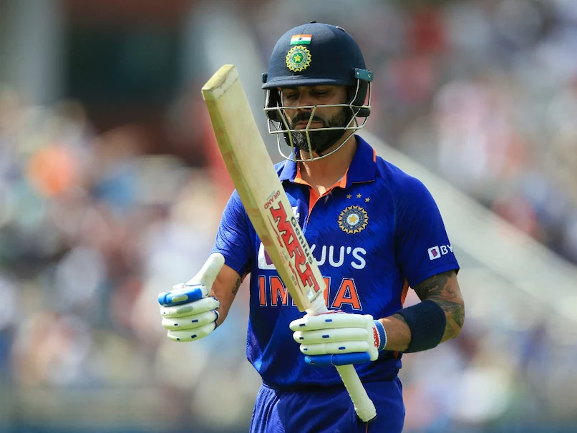 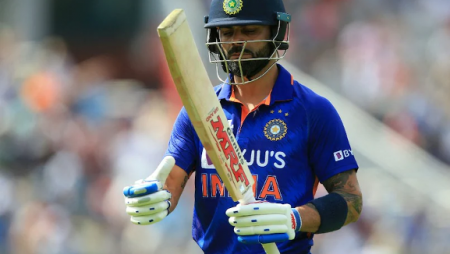 “Things Can Get Unhealthy Otherwise,” says Virat Kohli about taking a break before the Asia Cup. Virat Kohli, India’s batter. Opened up about why he needed a break and how he was feeling mentally down and trying to “fake” his intensity.

Virat Kohli, India’s star batter, has not scored an international ton in over 1,000 days. Speculation about his form is growing by the minute. The batter failed to score a fifty during the England tour and then rest for the limited-overs series against the West Indies and Zimbabwe. Now, in an interview with Star Sports, Kohli has revealed why he needed a break and how he was trying to fake his intensity.

“I didn’t touch the bat for a month for the first time in ten years. I recently realized that I was trying to fake my intensity a little bit. You know how you can do that, you are competitive and you say I have the intensity. But your body is telling you to stop, to take a break, and to take a step back. I am regard as a mentally strong man, and I am. Everyone has a limit, and you must recognize it or things will become unhealthy for you “Kohli stated.

Virat Kohli on taking a break before the Asia Cup.

“This period taught me a lot, and it brought to the surface many things that I had previously suppressed. I welcomed it when it appeared. I’m not afraid to admit that I was feeling mentally down; it’s a normal feeling, but we don’t speak up because we’re afraid of being labeled as mentally weak or weak people. Trust me when I say that pretending to be strong is far worse than admitting to being weak “He continued.

Kohli went on to say about his intensity. “I am the type of person who wakes up excited to see what the day has in store for me and to be a part of everything I do throughout the day with complete presence, involvement, and happiness. That is who I have always been; people frequently ask me how I deal with this on the field and how I maintain the same intensity. I simply tell them that I enjoy playing the game and that I have so much to offer, and that I would give my all on the field.”

“It never felt abnormal to me, and many people on the outside, as well as within the team, have asked me how I keep up with it. I just say one thing: I want my team to win at any cost, and if that means I’m gasping for air as I walk off the field, so be it. To be able to play like that, I go through a lot of preparation. That was not happening naturally, so I had to force it. But I just didn’t realize it “He continued.

Kohli’s next appearance will be in the upcoming Asia Cup 2022, where he will face Pakistan in Group A on Sunday in Dubai.