‘They boosted my confidence and taught me a lot,’ Rajat Patidar said of his time at RCB alongside Virat Kohli and AB De Villiers. 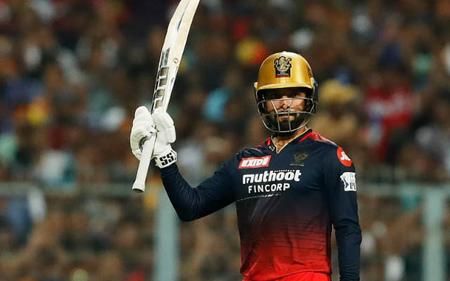 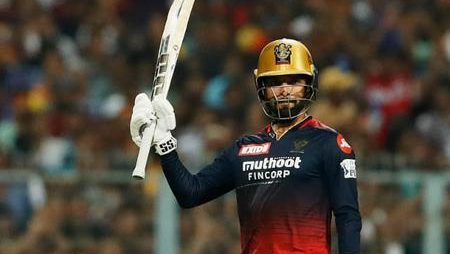 ‘They boosted my confidence and taught me a lot,’ Rajat Patidar said of his time at RCB alongside Virat Kohli and AB De Villiers. Rajat Patidar is expected to make his ODI debut for India in the forthcoming ODI series against South Africa.

Rajat Patidar’s outstanding performance in the Indian Premier League and on the home circuit led to his selection to the national team for the first time in his career. Even though it looks more likely that he will play in his first ODI, the 29-year-old admittedly felt worried before chatting to Shikhar Dhawan, India’s captain for the South Africa series.

However, the right-handed batter stated that the captain had visited, spoken with him, and recognized his so far achievements.

I’m meeting Shikhar Dhawan for the first time and will be playing for him. Before the opening match at Lucknow’s Bharat Ratna Shri Atal Bihari Vajpayee Ekana Cricket Stadium, Rajat Patidar remarked, “I dreaded to speak to him but he merely came to me and applauded my performance.

The batsman also recounted his initial encounters with AB De Villiers and former India captain Virat Kohli in the Royal Challengers Bangalore (RCB) camp. He also said how the pair gave him inspiration and increased his self-confidence.

“Virat Kohli and ABD are the stalwarts of international cricket. I had no idea what to talk about with these guys. But they only came first and had a word with me… a great moment for me. That spiked my confidence levels. I got to learn a lot from them,”

I believe I am competent in all three formats: Patidar

In IPL 2022, Patidar, who was playing for RCB, scored a century against the Lucknow Super Giants (LSG), making it one of the most renowned innings in IPL history. The 29-year-old became the uncapped player with the quickest century, scoring it in just 49 balls. He also did a fantastic job throughout the recent Ranji Trophy. The Madhya Pradesh squad that won the Ranji Trophy included Patidar. He contributed by giving certain performances that were essential in his team’s victory.

“The IPL knock has given me a lot of confidence. But I think, there is a big difference between white-ball and red-ball cricket. But I think, I have the ability to play all three formats. So, I just try to focus on the process of red and white-ball formats differently. I don’t have any personal goals. I just want to stay in the present and play according to the situation. I do only what I can control,”

Read also: Virat Kohli transforms Kishore Kumar’s old cottage into a posh restaurant and performs one of his songs while giving a tour.