The Incredible Penalty Miss by Mohamed Salah Against Leicester 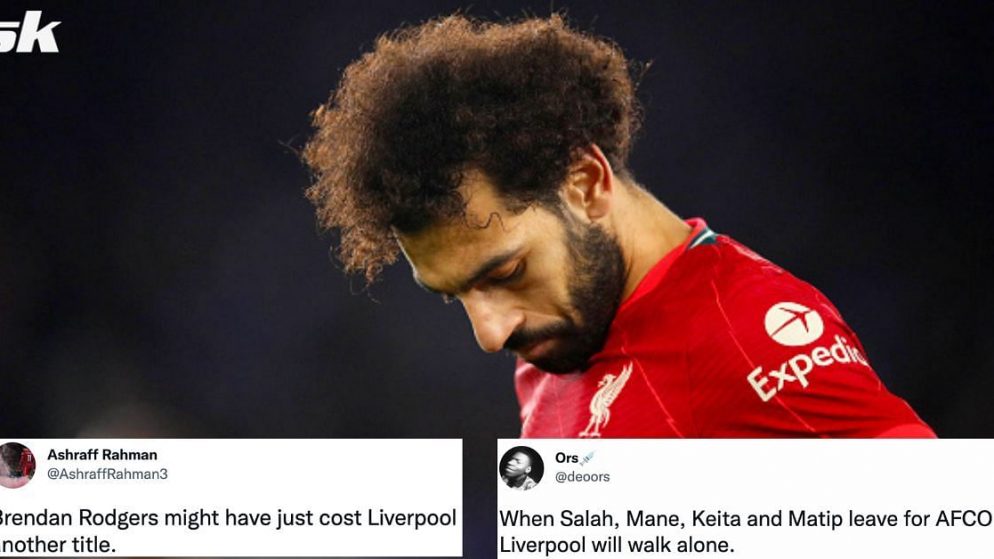 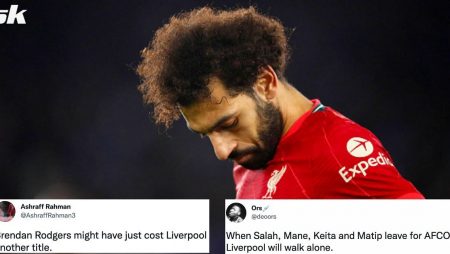 The Incredible Penalty Miss by Mohamed Salah Against Leicester.

Premier League: During Liverpool’s loss to Leicester. Mohamed Salah missed a crucial penalty and then hit the rebound off the crossbar.

Leicester City had the last laugh in a match dominated by Liverpool on the road. Taking all three points against Jurgen Klopp’s side. The scoreline and outcome, however, could have been different if Mohamed Salah had converted a penalty in the 15th minute of the first half.

But what happened after the penalty miss was even more shocking. The Egyptian star hit an open-goal rebound on the crossbar. The visitors’ failure to capitalize on Salah’s opportunity cost them the game by a single goal.

Also Read: Official: Sydney Ashes Test is not jeopardized due to Covid rules

Here’s the video of The Incredible Penalty Miss by Mohamed Salah:

Leicester gained three crucial points, putting them in ninth place with a total of 25 points.

Liverpool, on the other hand, suffered a setback in the title race. With both teams having played 19 games, they fell six points behind current table-toppers Manchester City.

Liverpool dominated proceedings from the word go and enjoyed 64 per cent possession with a higher number of shots on target as well.

Despite Klopp’s men dictating the pace of the game, Leicester relied solely on counter-attacking tactics to maintain their lead, which Ademola Lookman scored in the 59th minute.

Liverpool did not make the best use of their set-piece opportunities. The 12 corners won didn’t put the Leicester defense in any danger because the visitors couldn’t capitalize on the chances that came their way.

Liverpool will play Chelsea next, while Leicester will play Norwich City.

The 12 corners won didn’t put the Leicester defense in any danger because the visiting team couldn’t capitalize on the chances that came their way.

Liverpool will play Chelsea next, while Leicester will face Norwich City.