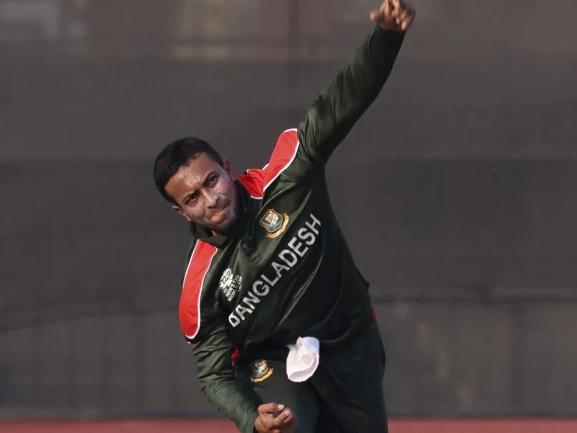 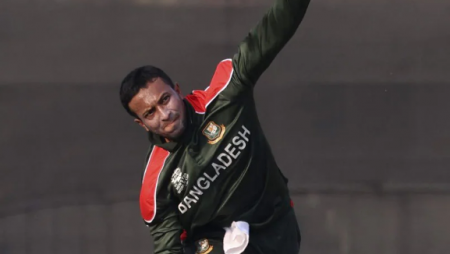 The BCB will look into Shakib Al Hasan’s social media post endorsing a betting company. Shakib Al Hasan banned for a year by the ICC in 2019. For failing to report a corrupt approach from an Indian bookmaker.

Shakib Al Hasan, has once again courted controversy, as the country’s cricket board is set to investigate an alleged social media post from him endorsing a sports betting company. Shakib ban for a year by the ICC in 2019 for failing to report a corrupt approach from an Indian bookmaker. Existing laws in Bangladesh forbid the facilitation and promotion of any gambling-related activities.

“BCB will investigate a recent social-media post from the all-rounder announcing his partnership with a company called “Betwinner News,” according to a report in Cricbuzz.

Also Read: Chris Gayle will take part in the second edition of the Legends League Cricket.

Shakib, a veteran of nearly 400 international games with over 12,000 runs and nearly 650 wickets, will be serve a showcause notice, according to BCB president Nazmul Hassan.

“The issue was raised during the meeting, and we asked how it could happen because it is impossible. If this occurs, contact him right away. Because the board will not allow it, serve him with a notice and ask him what happened. We will not allow it if it is related to gambling. That is something we have stated today “Nazmul continued.

Nazmul promised to conduct a thorough investigation because it involves the country’s laws.

“First, we must learn what he has done. This (betting-related activities) is not only prohibited in cricket, but it is also illegal in this country. This is a serious problem. We cannot rely on Facebook postings or similar methods; we must investigate. If this is true, the board will take the necessary actions “He finished.

Also Read: The Indian team suffered significant damage as a result of their 10-wicket loss to Pakistan in the T20 World Cup: Rashid Latif