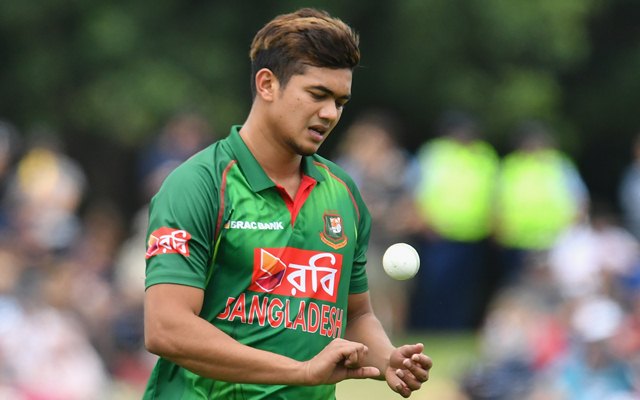 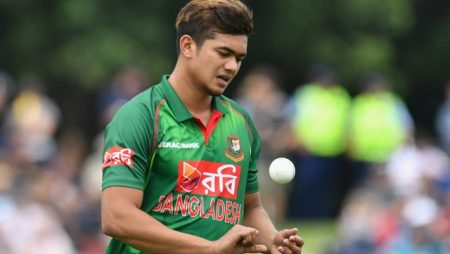 Taskin Ahmed is expected to replace Mark Wood at Lucknow Super Giants. Gautam Gambhir, LSG’s mentor, reportedly called in to Dhaka on Sunday evening (March 20) and made the proposal.

According to the latest developments. The Lucknow Super Giants are likely to sign Bangladesh pacer Taskin Ahmed as Mark Wood’s replacement for the 2022 Indian Premier League (IPL). The England fast bowler, who purchased in the mega auction last month for a whopping 7.5 crore, rule out of the upcoming season due to an elbow injury.

Taskin is now being sought as Wood’s replacement by the Lucknow-based franchise. Notably, Taskin, who has yet to make his IPL debut, can light up the speed gun and move the new ball, making him a valuable asset. The 27-year-old, on the other hand, has been accused of being erratic with his line and length. Nonetheless, Lucknow’s mentor Gautam Gambhir appears to hold high regard for Taskin, as he seeks his services.

Gautam Gambhir is eager to bring Taskin Ahmed on board.

According to Kaler Kanth, Gautam Gambhir called in to Dhaka on Sunday evening (March 20) and proposed the deal. “I want Bangladesh fast bowler Taskin Ahmed in the team for the entire season.” Taskin will have to leave for India before the next two Tests against South Africa if he accepts the offer,” the former Indian opener was quoted as saying.

Notably, Taskin is currently serving Bangladesh in the ongoing three-match ODI series against South Africa, which concludes on March 23. He was reportedly informed of the news following the second ODI in Wanderers. He has requested time to discuss the proposal with team management and the Bangladesh Cricket Board (BCB). Taskin has been named to Bangladesh’s squad for the upcoming two-match Test series against South Africa.

However, if he agrees to serve the Super Giants, he will be unable to participate in the Test series. “Franchise cricket is now a reality.” Even if you wanted to, you can’t hold anyone. “BCB president Nazmul Hasan is also gracious in accepting reality,” a member of the Bangladesh team was quoted by Kaler Kanth as saying. “That’s why a key member of the team said Taskin is more likely to get leave,” the source continued.

Also Read: What Are The Rules Of Teen Patti And How Do You Play It?