Tamil Nadu registers the largest ever list for the Vijay Hazare Trophy 2022. Arunachal Pradesh was defeated by 435 runs. 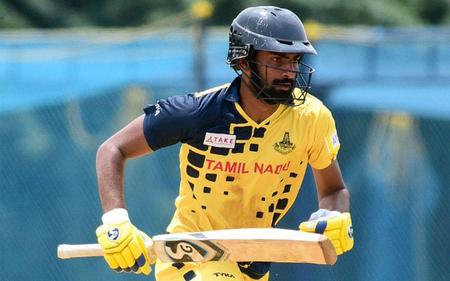 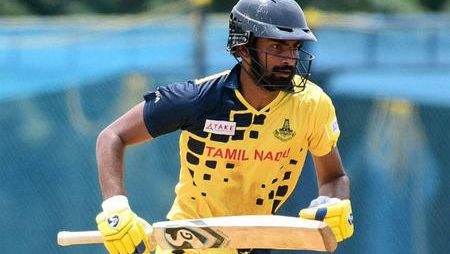 Tamil Nadu registers the largest ever list for the Vijay Hazare Trophy 2022. Arunachal Pradesh was defeate by 435 runs. The batting was control by openers Sai Sudharsan and Narayan Jagadeesan, who put on a 416 run partnership.

The Baba Indrajith led Tamil Nadu squad defeated Kamsha Yanfo led Arunachal Pradesh. By 435 runs in the current Vijay Hazare Trophy 2022. One of the outstanding performances in the history of domestic cricket tournaments. After setting a 50 overs goal of 507 runs, Tamil Nadu bowled out their opponents for 71 runs.

Narayan Jagadeesan dominated Tamil Nadu’s batting performance. Hitting his fifth consecutive century to create a global record for the most consecutive centuries in List A cricket. He went on to reach a double century and 277 runs in 141 balls. Before being knock out by Chetan Anand of Arunachal Pradesh.

When Tamil Nadu batted first, openers Sai Sudharsan and Narayan Jagadeesan. Put on a magnificent 416 run stand, the highest ever in List A cricket on any surface. Techi Doria removed Sudharsan 154 off 102 in the 39th over to end the partnership. And Jagadessan followed suit in the 42nd over. Tamil Nadu’s innings finished at 506 over 2 following a composed 58-run third wicket partnership between Baba Aparajith and Indrajith.

Read also: Joe Root has expressed his intention to play in the IPL 2023. -‘It would be great to get involved’

Arunachal Pradesh’s batting order is as crumbly as a biscuit.

Arunachal Pradesh’s batting lineup broke apart when it came to chasing, with none of the batsmen having an impact. After openers Neelam Obi and Rohan Sharma were bowl during the powerplay, the top order batsmen struggle to get going, scoring 4 and 13 and 2 and 22, respectively. Tamil Nadu’s M Siddarth ended the batsmen’s agony with a stunning five wicket haul.

Siddarth ripped through Arunachal Pradesh’s lineup and soon ended their innings, collecting figures of 5/12 in 7.4 overs of his session. During the first innings, the team and players set a number of records. While Tamil Nadu had the greatest team total in List A cricket, Jagadeesan shattered several records during his time on the field.

In addition to breaking the record for the most consecutive hundreds in List A games, Jagadeesan became the first player to score five centuries in a single edition of the tournament, surpassing the previous mark of four centuries held by Virat Kohli, Prithvi Shaw, Devdutt Padikkal, and Ruturaj Gaikwad.

He also set a new milestone for the most sixes struck by a batsman in an innings by smashing the old mark of 15 against Arunachal Pradesh. Yashasvi Jaiswal’s previous record of 12 sixes was hold by him. Additionally, Jagadeesan achieved the best individual score for List A ever with a 277 (141).