T20 Blast 2022: WAS vs LEI Match Prediction – Who will win the match between Warwickshire and Leicestershire? 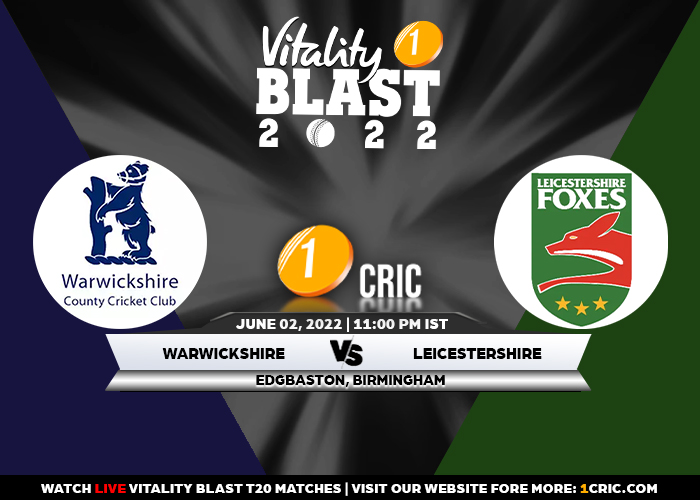 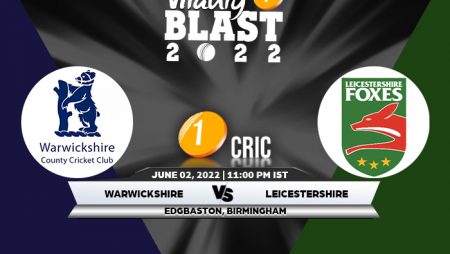 T20 Blast 2022: WAS vs LEI Match Prediction – Who will win the match between Warwickshire and Leicestershire? Both teams are coming off a win in their previous matches in the tournament.

Warwickshire is preparing to face Leicestershire in their next T20 Blast 2022 match at Edgebaston in Birmingham. Warwickshire currently leads the north group points table after winning all three games so far. They will look to maintain their winning streak after this match as well.

Leicestershire, on the other hand, did not get off to a good start in this year’s tournament, winning only one of three matches. They opened their account by winning the previous match, and they will look to improve their position (currently eighth) by winning this match.

Because both teams prefer to chase, the surface will be batting friendly. The pacers will have an advantage with the new ball at first.

Probable Playing XIs for WAS vs LEI

Probably the best batter of the match

Probably the best batter of the match: Paul Stirling

This Irish starter has had an outstanding start to the tournament, scoring 164 runs in three innings at an average of 54.67 and a strike rate of 207.59. Warwickshire will be hoping that this batter maintains his excellent form and helps them win more matches in the tournament.

Probably the  best bowler of the match: Danny Briggs

Danny Briggs has had a successful tournament so far, taking seven wickets in three matches at an economy of 6.16 and an average of 10.00. His slow left-arm orthodox bowling may come in handy again in this match to keep opponents to a low total.

Also Read: West Indies win first ODI against Netherlands thanks to a century from Shai Hope.