T20 Blast 2022: GLO vs ESS Match Prediction – Who will win the match between Gloucestershire and Essex? 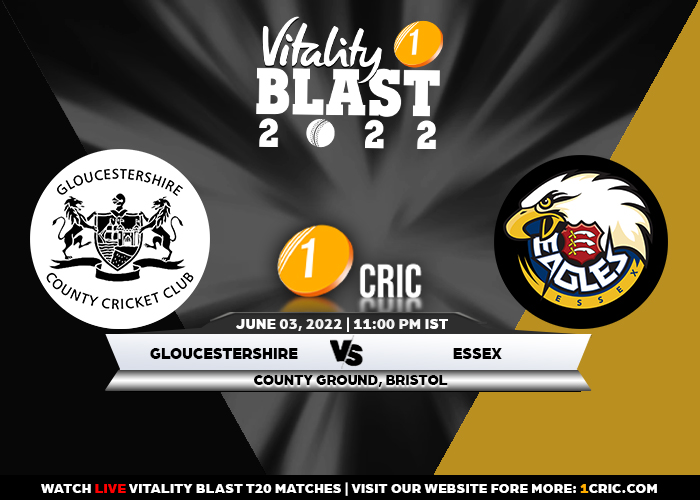 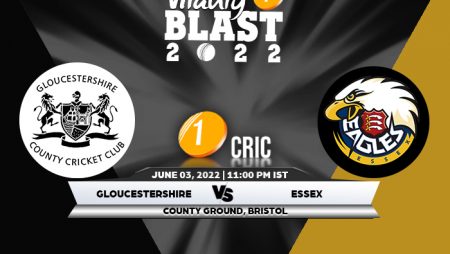 T20 Blast 2022: GLO vs ESS Match Prediction – Who will win the match between Gloucestershire and Essex? Both teams won their previous game.

The pitch at Bristol’s County Ground has been a good batting surface. Gloucestershire scored 193 runs against Sussex here last year, and the pitch is expected to produce another high-scoring match. To reduce the scoring rate, the bowlers will want to change their line and lengths. The skipper who wins the toss may choose to chase.

Michael-Kyle Pepper, who bats at number three for Essex, was excellent in his previous match, scoring 75 runs off 42 balls with nine fours and four sixes. The batter was also named Player of the Match for his outstanding batting performance. He’ll be looking to keep up his good form against Gloucestershire’s strong bowling attack.

Pacer Benny Howell, known for his consistent line and length, can be a key performer for his team in the upcoming match. Howell bowled his entire four-over quota in the previous match and only gave up 20 runs. The medium-pacer was also a member of the Punjab Kings squad in IPL 2022 but did not see any action.

Also Read: T20 Blast 2022: WOR vs WAR Match Prediction – Who will win the match between Worcestershire and Warwickshire?