T20 Blast 2022: DUR vs LAN Match Prediction– Who will win the match between Durham and Lancashire? 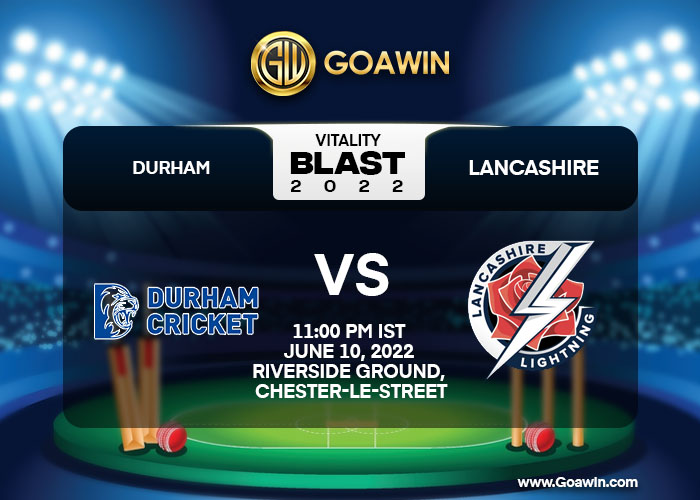 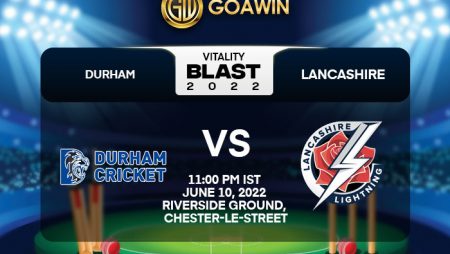 T20 Blast 2022: DUR vs LAN Match Prediction– Who will win the match between Durham and Lancashire? Lancashire have yet to lose in the T20 Blast 2022.

Durham will play Lancashire in their next T20 Blast 2022 North Group match at the Riverside Ground in Chester-le-Street. The Liam Trevaskis-led side is coming off a loss to the Birmingham Bears in their previous game. They are currently eighth in the points table with two wins in seven games. Their campaign has been on a downward spiral thus far, and they will need to turn things around soon.

Lancashire, on the other hand, has been fantastic so far in the tournament. Having yet to lose a game in their group. The team led by Dane Vilas has won six of their seven games and has dominated the opposition in every department. They will look to maintain their winning streak in the upcoming match.

So far, the Riverside Ground in Chester-le-Street has been a good wicket for bowlers, and Durham have struggled to score runs there. Based on the tournament results thus far, both skippers will be looking to chase down the target if they win the toss.

Tim David has been in excellent form in this tournament, scoring 264 runs in seven innings at a healthy average and playing an important role in Lancashire’s successful run. The right-hander hit a 32-ball 66 in the previous game and has the potential to be quite destructive.

In the previous game, Tom Hartley bowled an economical spell in a high-scoring encounter that proved to be the difference between the two teams. The left-arm spinner finished with 2 for 21 in three overs and was a huge help to his side when the other bowlers were going at a high rate.

Also Read: T20 Blast 2022: GLA vs HAM Match Prediction– Who will win the match between Glamorgan and Hampshire?