Suryakumar Yadav’s Gesture Towards Fans Goes Viral On The Internet 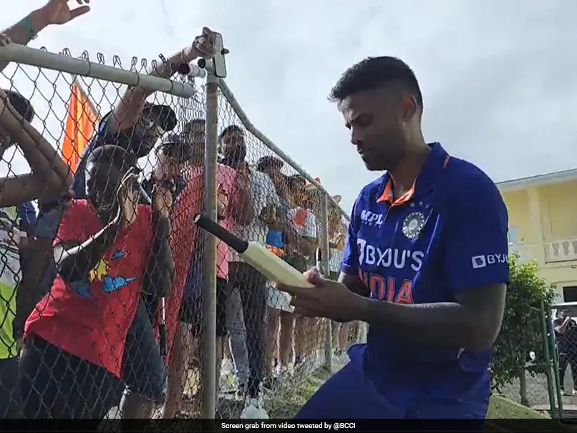 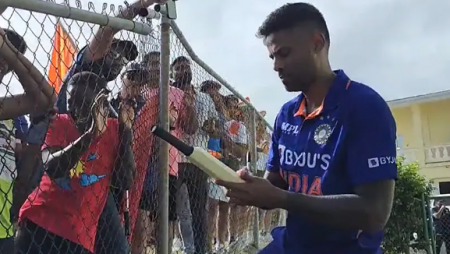 Suryakumar Yadav’s Gesture Towards Fans Goes Viral On The Internet. Yadav scored 76 runs off 44 balls to help Team India reach the target of 165 with one over remaining and seven wickets in hand.

Suryakumar Yadav of India hit a match-winning 76-run knock against West Indies on Tuesday at Warner Park in Basseterre, St Kitts. However, After helping Team India take a 2-1 lead in the five-match series, Suryakumar made a touching gesture to his fans that went viral. The BCCI took to Twitter to share a video of the batter thanking his fans in the stands by shaking hands and also signing autographs.

Some fans also seen taking selfies with Suryakumar in the video.

“I’m very pleased with how things turned out. It was critical that someone bat 15-17 overs after Rohit went back inside. We saw what happened in the second inning yesterday. It was critical for someone to bat deep and win the game, and that’s also what I’ve been focusing on. I’m just backing myself up and having fun ” In addition, Suryakumar named Man of the Match after a post-match presentation.

With one over to spare and seven wickets in hand, Team India chased down the target of 165. Suryakumar Yadav was also the star for India, scoring 76 runs to lead the visitors to victory and give them a 2-1 lead in the ongoing T20I series.

Moreover, Both teams will now face off in the fourth Twenty20 International on August 6 at the Central Broward Regional Park Stadium Turf Ground in Lauderhill, Florida.

Also Read: Rohit Sharma updates us on his injury.