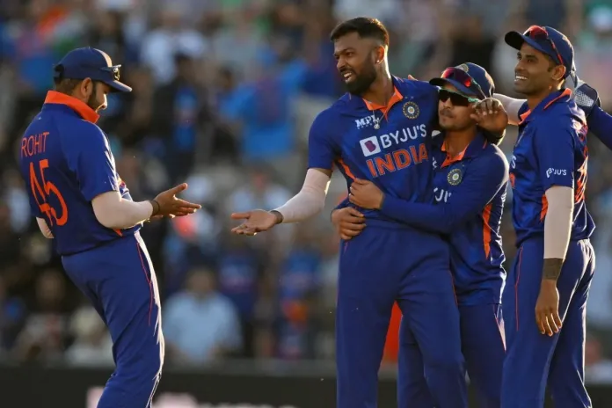 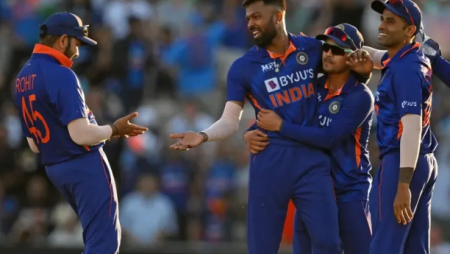 Suryakumar Yadav and Hardik Pandya rise in the ICC Men’s T20I Player Rankings. Yadav has moved up one spot to third place after scoring 46 off 25 balls. While Pandya’s 71 off 30 balls has push him up 22 spots to 65th place.

Suryakumar Yadav and all-rounder Hardik Pandya of India have risen significantly in the ICC Men’s T20I Player Rankings. Following strong performances in the first T20I of their three-match series against Australia in Mohali on Tuesday.

Yadav has moved up one spot to third place after scoring 46 off 25 balls, while Pandya’s 71 off 30 balls has pushed him up 22 spots to 65th place. Pandya has also surpassed Glenn Maxwell of Australia to claim sixth place among all-rounders. Axar Patel has risen up the bowlers’ rankings, with his three-for-17 performance moving him from 57th to 33rd.

For Australia, Player of the Match Cameron Green has broken into the top 100 after slamming a 30-ball 61, while fast bowler Josh Hazlewood, who took two wickets in the match, remains at the top of the bowlers’ list.

Mohammad Rizwan of Pakistan has maintained his place atop the hitters’ list after hitting 68 off 46 balls in the first of seven T20Is against Australia at home. Rizwan has acquired 15 rating points to achieve a career-high 825 rating points, 33 more than South Africa’s second-placed Aiden Markram.

While batting, England’s left-arm seam bowler Sam Curran has risen 19 spots to 52nd rank. Alex Hales (126th) and Harry Brook (147th) have also benefited from their participation in their victory.

Also Visit: Hardik Pandya believes it is vital to give Jasprit Bumrah more time to recover from injury.