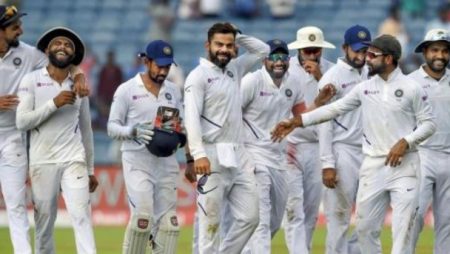 With ten consecutive T20I victories, India is flexing their muscles in preparation for the ICC T20 World Cup. Which will be held in Australia later this year. Under new captain Rohit Sharma, India has annihilated New Zealand and the West Indies. And has already taken a 1-0 lead in the ongoing T20I series against Sri Lanka.

The fact that India has shown such dominance in the shortest format of the game despite missing some of their first-XI players for various reasons speaks volumes about their side’s depth. Sunil Gavaskar, the legendary Indian cricketer, emphasize that “no member” of this Indian team can claim to be certain because there are numerous youngsters breathing down their necks.

Also Read: Writer to Wriddhiman Saha: The BCCI has shaped a three-member committee to explore ‘threats’.

I use the word exciting because of the amount of talent on display. The manner in which they are saying “consider me.” ‘Include me in the squad’…

“This means that the guys who are settle will not be complacent.” No member of this team can tell himself that he’s certain because there’s someone chasing him in the back. That’s the best thing for any team to have, and having it for India is a huge plus,” Gavaskar on Star Sports after India defeat Sri Lanka by 62 runs in the series opener in Lucknow.

India will be missing the likes of Virat Kohli and Rishabh Pant in these Sri Lanka T20Is. As both are resting ahead of the two-match Test series. Due to injuries, the team is also without Suryakumar Yadav and KL Rahul. India won all six limited-overs matches against the West Indies – three ODIs and three T20Is – despite the absence of Jasprit Bumrah and Ravindra Jadeja.

However, Ishan Kishan, Venkatesh Iyer, Shreyas Iyer, Harshal Patel, and Ravi Bishnoi have done an outstanding job in keeping the team from feeling the absence of the star players.

Kishan was the star of the first T20I, scoring 89 runs batting at the top of the order. He was well supported by Shreyas Iyer, who scored an unbeaten 57 off 28 balls.

India will look to wrap up the series against Sri Lanka in the second T20I on Saturday in Dharamsala.