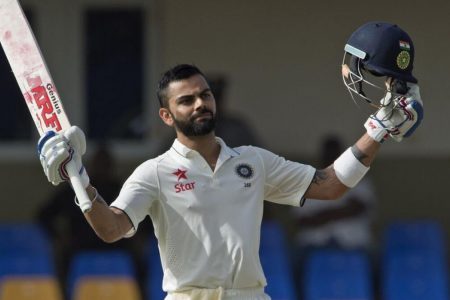 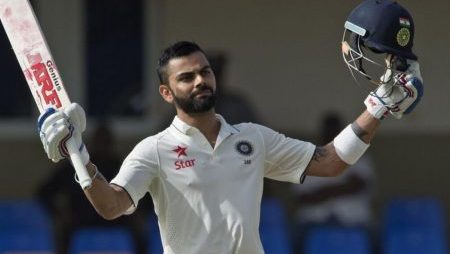 Sunil Gavaskar Examines Virat Kohli’s Dismissal in the First ODI Against West Indies. In Ahmedabad, the former India captain was dismissed after only eight runs.

Virat Kohli struggled in Rohit Sharma’s first match as full-time Team India white-ball captain. He top-edged the ball to the fielder in the deep after attempting to hook it to the fine-leg boundary. Former cricketer Sunil Gavaskar discussed Kohli’s dismissal on Star Sports, claiming he had been on the receiving end of similar deliveries in South Africa as well.

Also Visit: When Lata Mangeshkar was enraged by MS Dhoni because of THIS,

“Even the South Africans seemed to be looking to bounce Virat Kohli in one-day cricket, perhaps not so much in Test cricket. Because he is one of those batsmen who never really ducks. He enjoys playing the hook shot, which is a shot that is difficult to control “, as stated by the legendary batter.

“In this case, he fails to get it right. He chose the ball, which bounced slightly more, and then he anticipated, so it wasn’t quite in the middle of the bat. ” he went on to say.

India successfully chased down a 177-run target, reaching 178 for four in 28 overs.