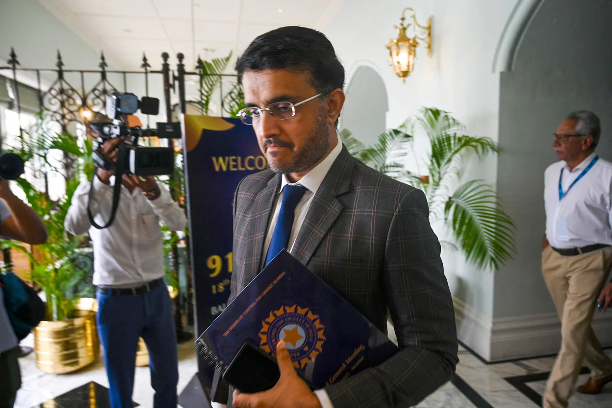 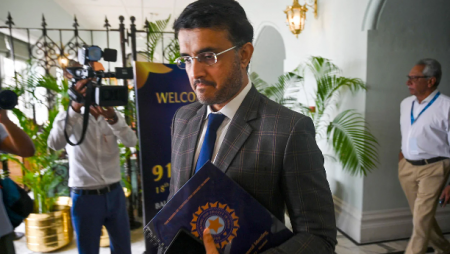 Sourav Ganguly, the outgoing BCCI president, arrived at the Taj Hotel in Mumbai alongside Roger Binny. Also former IPL Chairman Rajiv Shukla for the Board of Control for Cricket in India’s Annual General Meeting (AGM) (BCCI). Moreover, The BCCI AGM is in full swing, with important decisions to be made about BCCI office bearers, Women’s IPL, and other matters.

In addition, Sourav Ganguly had already remove as BCCI president, with 1983 World Cup-winning member Roger Binny set to take his position. According to sources at the Board of Control for Cricket in India. BJP MLA Ashish Shelar is likely to replace Arun Dhumal as Treasurer. Jay Shah will also continue to serve as BCCI Secretary.

Moreover, On October 13, at a BCCI meeting held at the Trident Hotel in Mumbai, all office bearers from various organisations from around the country made nominations for various seats on the board.

“I was the president of the Cricket Association of Bengal for five years, and I was the president of the BCCI for years. After all these terms, you have to leave and go. As an administrator, you have to contribute a lot and make things better for the team. As a player who was around for a long time, I understood it. I thoroughly enjoyed my time as an administrator. You cannot play forever, and you cannot remain in administration forever. ” Ganguly said at an earlier event.

The former India captain was approached about becoming the IPL Chairman, but he declined. Ganguly will run for president of the Cricket Association of Bengal (CAB).