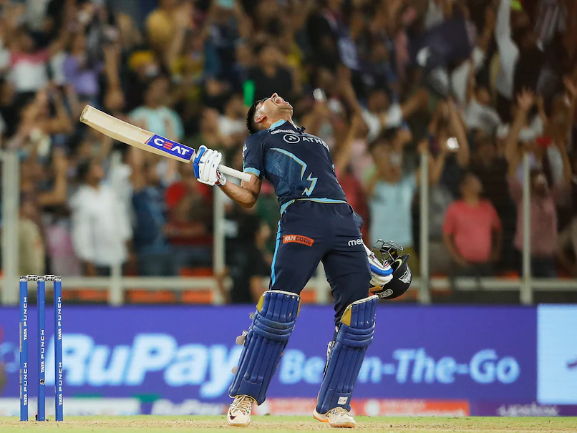 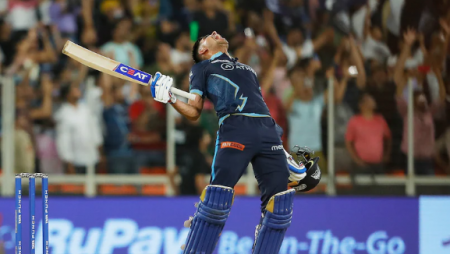 With four runs needed off the final two overs, all eyes were on Shubman Gill and David Miller to finish the game and give Gujarat Titans their first IPL title. Furthermore, The ball was in the hands of Rajasthan Royals pacer Obed McCoy, and on the first ball of the over, Shubman Gill deposited the ball over square-leg for a massive six, sealing the victory for Gujarat and sending over 1 lakh fans into a frenzy at Narendra Modi Stadium.

Gill removed his helmet and let out a roar after sealing the victory for Gujarat Titans. However, David Miller, who was at the other end, charged down to embrace him.

In the final between GT and RR, Sanju Samson batted first and scored 130/9 in 20 overs. Jos Buttler top-scored with 39 runs. However, Gujarat skipper Hardik Pandya returned figures of 3-17.

Moreover, Gujarat Titans were 86/3 in the 14th over of their 131-run chase, having lost Wriddhiman Saha, Matthew Wade, and Hardik Pandya.

Shubman Gill and David Miller also finished unbeaten on 45 and 34, respectively, to help Gujarat cross the finish line with seven wickets and 11 balls to spare. Trent Boult, Prasidh Krishna, and also Yuzvendra Chahal each took one wicket for Rajasthan.