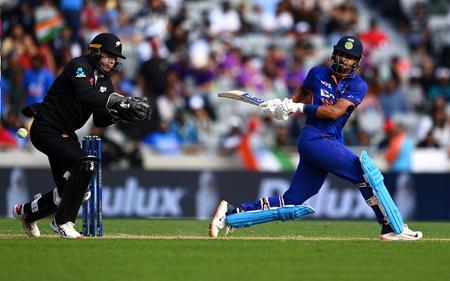 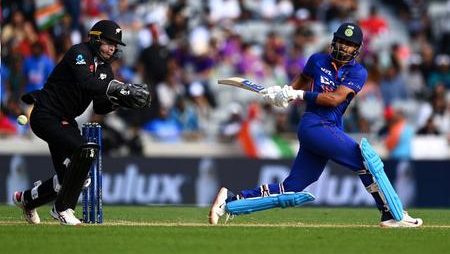 Shreyas Iyer silences India’s batting criticism in the Auckland ODI – ‘Abhi seedha jaake T20 mode me toh nehi khel sakte’. In the post-game news conference on Friday, Shreyas. Who had the game-high score for India of 80 runs, silenced the doubters with a direct response.

In the inaugural ODI match, New Zealand easily defeated India at Eden Park in Auckland on Friday (November 25). Shreyas Iyer, Shikhar Dhawan, and Shubman Gill all scored half-centuries, while Washington Sundar crushed 37* runs off only 16 balls to help the Men in Blue record a formidable total of 306/7.

With seven wickets and 17 balls left, though, the hosts easily reached their goal. In just 104 balls, Tom Latham scored an unbroken 145 runs, and Kane Williamson chipped in with 94*. To take advantage of India’s deficiencies, both Kiwi hitters outclassed an inexperienced Indian bowling attack.

After the defeat, critics and analysts are questioning India’s batting strategy and urging them to play more like England’s offensive side.

Shreyas Iyer said – “It is a learning curve for us”

The naysayers were silenced by Shreyas, who led India with 80 runs in the game (the highest total for India), at the post-game news conference on Friday. He said that in the ODI format, they can’t immediately play aggressive cricket.

“Abhi seedha jaake T20 mode me toh nehi khel sakte (We can’t play in the T20 mode straightaway in fifty overs). One can plan his batting by looking at the wicket and deciding in his mind what a par score would be. One needs to adapt. Fifty overs can change from time to time. Sometimes there can be sunset, there can be dew at other times and you don’t know how the wicket will play,”

Despite posting a 300+ total in the first ODI, the Indian squad is still getting flak. At 160-4 in 32.5 overs, they were having trouble, but Shreyas, Sanju Samson, and Washington Sundar were able to push India to a sizable total. The 307 runs overall was a respectable effort, but Shreyas also said that things didn’t work out for them.

“Reaching 307 from the position that we were in was a commendable effort. Few things didn’t go our way. It is a learning curve for us and hopefully, we can go back and introspect and come back with new ideas.”

Read also: Shoaib Akhtar’s response to the empty MCG stands for the Australia-England match is “One Month After Pak vs. Ind…” ODI