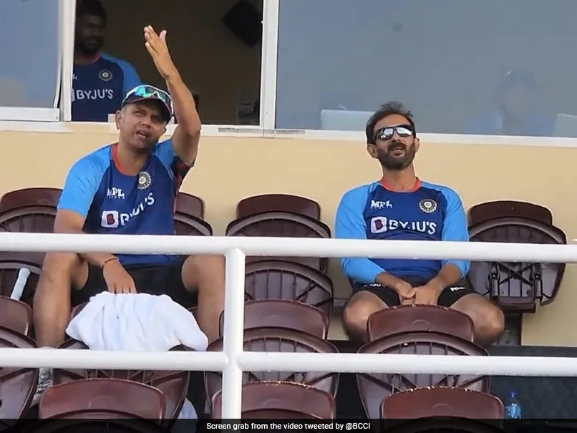 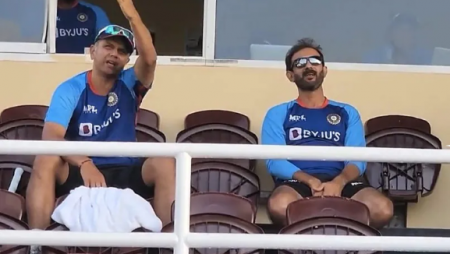 The second One-Day International (ODI) between India and West Indies came down to the wire, and it was Axar Patel who held his nerve, hitting a six on the fourth ball of the final over to help Shikhar Dhawan’s side chase down 312 runs and take a 2-0 series lead. Shreyas Iyer also scored 63 runs, and after the game, he discussed the mood in the Indian dressing room and how head coach Rahul Dravid was “getting tensed.”

“To be honest, it was enjoyable. We were all sitting together, and Rahul sir was becoming tense. He was relaying the message. But, yes, I believe a lot of players displayed very positive emotions on the field. Despite the pressure, they remained calm and composed “said the batter at a post-game press conference

“We’ve seen such emotions because we’ve played so many games, and it was just a normal game for us. I believe we performed admirably, particularly Axar. Excellent knock, “He continued.

Iyer went on to say about Rahul Dravid: “I’ve known Rahul Dravid and Vikram Rathour for many years. On a match-by-match basis, we discuss technique and temperament. Situations shift. Everyone speaks during team meetings. We don’t reach a conclusion, but rather learn from one another’s points of view. We’re having a good conversation. Rahul sir has been supportive throughout, and he does not place undue stress on the mind.”

Siraj, like Axar, remained unbeaten on 1. Shreyas Iyer and Sanju Samson were also in their fifties.

The third and final ODI between India and the West Indies will be played on Wednesday.