Shane Watson believes India will win the Asia Cup in 2022. 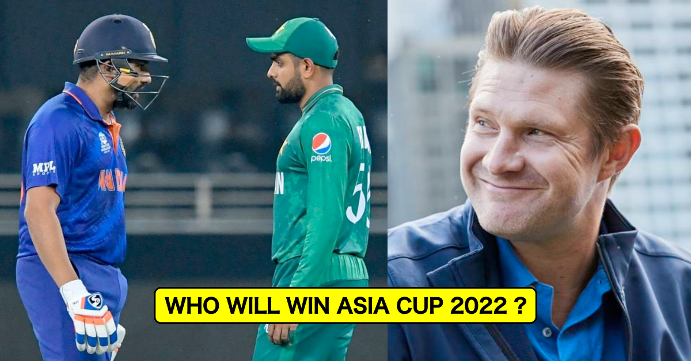 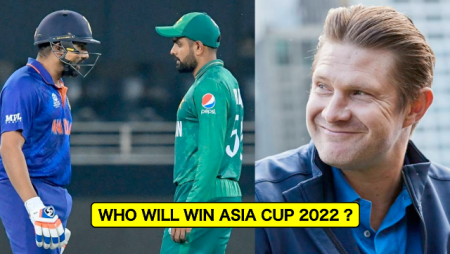 Former Australian all-rounder Shane Watson has named India the favorite to win the Asia Cup 2022, which begins on Saturday, August 27. He stated that India has a strong team that can adapt to any situation. India’s Asia Cup campaign kicks off on Sunday when they face Pakistan in Dubai.

Watson believes that the match between India and Pakistan will be memorable because Pakistan will believe that they can beat this Indian team. He also predicted that the winner of this match would go on to win the tournament. The two teams last met in the 2021 T20 World Cup, which the Men in Green won by 10 wickets.

“My pick is India,” Watson said on ICC Review. “They’re so strong, and depending on the conditions, they adapt quickly.” That first game will be very special to watch because Pakistan has full confidence that they can beat this Indian team.”

It will be difficult to keep India in check: Shane Watson

“I think whoever wins that game will go on and win the Asia Cup,” the former all-rounder said of the India-Pakistan match. “[However], I have a feeling India will win the tournament.” “They’ve got so much firepower all the way through their batting order that it’s going to be difficult to contain them,” Watson said.

Group A includes India, Hong Kong, and Pakistan. Afghanistan, Bangladesh, and Sri Lanka are the members of Group B. The Asia Cup will be held for the 15th time, and for the first time since 2016, the matches will be played in the T20 format.

The final will take place on September 11 in Dubai. India enters the competition as the defending champions, as they did in 2018. They have won it seven times in total, five times in Sri Lanka, and twice in Pakistan.