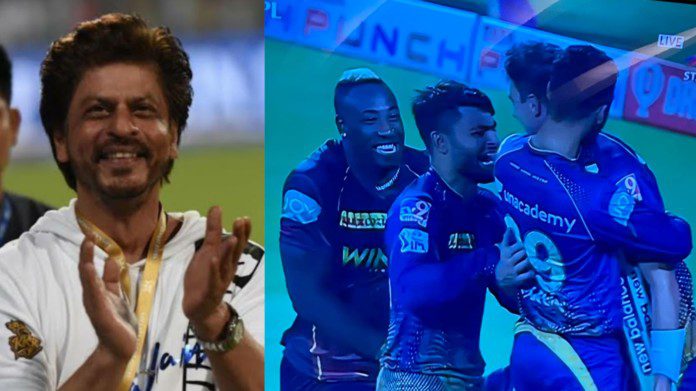 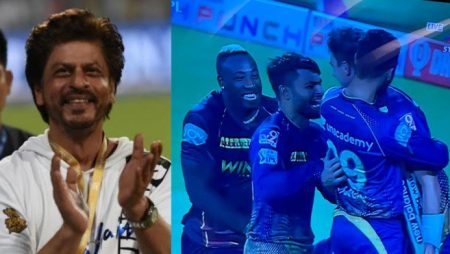 Shah Rukh Khan Wants To Dance Like This After Pat Cummins’ Record Knock Against MI In IPL 2022. On Wednesday, a Pat Cummins masterclass against the Mumbai Indians brought the IPL 2022 to life.

Pat Cummins of the Kolkata Knight Riders (KKR) mesmerized his way to an unforgettable 14-ball half-century on Wednesday, Also announcing his arrival in the Indian Premier League (IPL) 2022 in style. Furthermore, Cummins, who is best known for his lethal pace bowling, won millions of hearts with his bat and helped his team beat the Mumbai Indians at the Maharashtra Cricket Association Stadium in Pune. Moreover Cummins’ special knock was recognized and appreciated by the entire sports community, eliciting some notable reactions.

KKR owner Shah Rukh Khan, for example, couldn’t contain his excitement and posted a heartfelt message for his team on Twitter.

His message not only congratulated the team and Cummins in particular, but also made special mention of Andre Russell’s epic dance, which he performed while celebrating with Cummins at the end of the match.

Here are some of Russell’s dance moves:

“@patcummins30 I want to dance like Andre & hug u like the whole team did. Wow well done @KKRiders and what else is there to say!!!…’PAT’ DIYE CHAKKE!!!.”

Aside from Cummins’ batsmanship, Venkatesh Iyer was another batter who fought hard to remain unbeaten on 50 runs.

With the ball, Umesh Yadav also maintained his excellent form and combined well with Cummins to take three wickets and restrict MI to 161/4.

Also Read: A 15-year-old tennis player slaps his rival, after losing a match.