Senior pacers will sit out the opening T20I against England, according to the Australian team announcement. 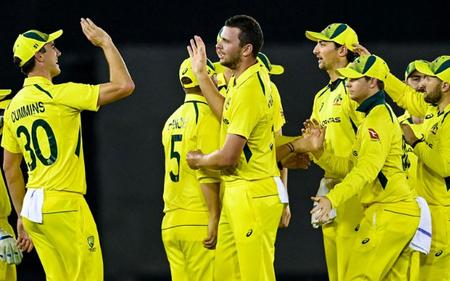 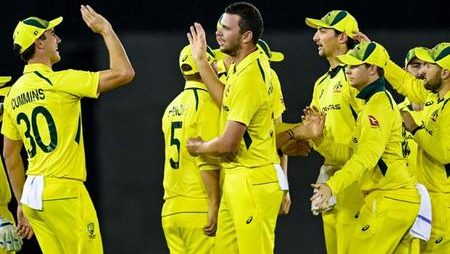 Senior pacers will sit out the opening T20I against England, according to the Australian team announcement. Among the players resting for the first T20I are Pat Cummins, Josh Hazlewood, and Mitchell Starc.

Australia is preparing to welcome England for a three-match T20I series after finishing the current series against the West Indies. For the first T20I match against England. The management decide to rest their main players Mitchell Starc, Josh Hazlewood, Pat Cummins, Glenn Maxwell, and Adam Zampa.

Read also: Ramiz Raja, the chairman of the PCB, responds to those who have criticized Babar Azam by saying that when Virat Kohli struck a century against Afghanistan, they “forgot their whole Asia Cup.”

“The high-performance team and selectors have planned these matches to ensure our squad get to the World Cup fresh and ready to perform. Some squad members traveled to Perth early to begin preparations slightly earlier than the main squad and a handful of others will not make the trip to Perth.”

“With some players remaining on the east coast, it provides further opportunity for Nathan Ellis and Daniel Sams who both performed well in India. Likewise, Mitchell Swepson was a part of last year’s World Cup squad and continues to provide good depth in our T20 spin bowling department.”

There will be one more T20I between the two sides. Australia won the opening match, which included a thrilling final over. Aaron Finch play the captain’s knock in the 146-run chase, scoring 58 off 53 balls. Matthew Wade’s fast 29-ball 39 help Australia win the match.

Australia’s squad for the first T20I against England is as follows:

The following players will represent Australia in the final two T20 Internationals against England: