Selectors have made their decision. Rohit Sharma and Shikhar Dhawan named as openers for the 2023 ODI World Cup: Saba Karim 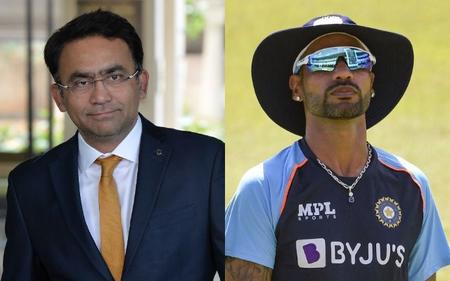 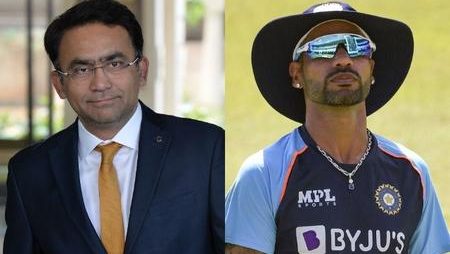 Selectors have made their decision. Rohit Sharma and Shikhar Dhawan named as openers for the 2023 ODI World Cup: Saba Karim. Karim also stated that Hardik Pandya will be preferred over Shardul Thakur in the ODI team.

Shihar Dhawan, India’s stand-in skipper, will have his job cut out for him when India and South Africa face off in the second One-Day International (ODI) at Ranchi. A loss today would be the end of Dhawan and his squad, as India had earlier lost the opening game in Lucknow. The visitors defeated India by 9 runs to take a 1-0 lead in the series.

Speaking of ‘end,’ it’s logical to suppose Shikhar Dhawan’s T20I career is ended, but the same cannot be said for him in the ODI format, where he is a regular. Saba Karim, a former India wicketkeeper and selector, believes Dhawan will play for India in the 2023 World Cup, opening the batting order alongside Rohit Sharma.

“Shikhar Dhawan’s place in the team has been confirmed. There’s no need to put pressure on him all the time. There will be one or two matches where he won’t score runs. I think the selectors have decided that Rohit Sharma and Shikhar Dhawan will be the openers in the next 50-over World Cup,”

Furthermore, he stated that Shardul Thakur, 30, may lose his place against Hardik Pandya since the latter is not a strike bowler in ODIs. Pandya, in addition to having superior all-around abilities, believes he can bat in the middle order. Thakur’s batting, on the other hand, has had its ups and downs.

“He is a very useful player. But Hardik Pandya is a batting all-rounder, while Shardul Thakur is a bowling all-rounder. That’s a big difference. We can surely groom Shardul. But I don’t see him becoming India’s No.1 of No.2 bowler in white-ball cricket. He can only play as a third seamer. If he can bat well, it will be an added advantage,”

Deepak Chahar’s withdrawal from the second ODI in Ranchi, which is a must-win game for the Men in Blue, may complicate the selection process.