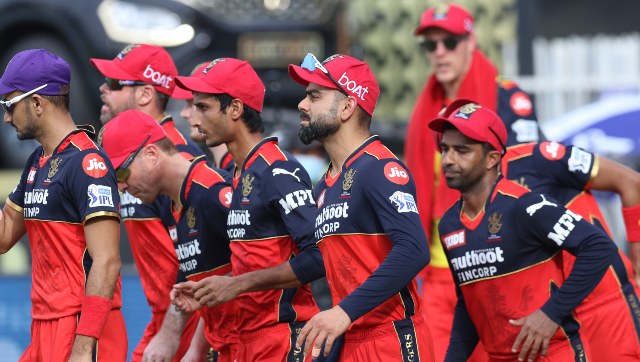 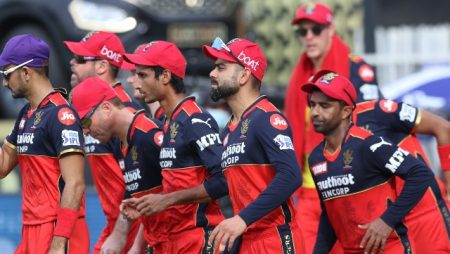 Royal Challengers Bangalore’s Dressing room scenes in IPL 2021. Bangalore has shared a video of their dressing room interaction. After the team’s incredible last-ball win over Delhi Capitals on Friday. Also, five needed to win off the last delivery in match number 56 of the IPL 2021 in Dubai. Srikar Bharat smashed a full toss from Avesh Khan for a maximum to take RCB. RCB shared glimpses of the post-game interaction. In the camp on their official YouTube channel. Bharat is heard telling captain Virat Kohli that he was aiming for that straight-six down.

Royal Challengers Bangalore’s Dressing room scenes, “Was waiting for that full ball to hit over mid-off. I thought it would have gone the distance with height,” Bharat told Kohli said.

Bharat has praised Glenn Maxwell for placing faith in him. Also, allowing him to play the last three balls of the innings. He was unbeaten on 78 off 52 balls.

“To have the trust to allow me to play those three balls means a lot to me. At the RCB camp as well, we practiced these hard scenarios where everyone can walk in and win a game. It absolutely came out and I am very grateful. I batted 50 balls so the team would expect me to finish things off. I was sticking to the plan,” Bharat said.

Despite the memorable win, RCB finished in the third position in the IPL 2021 points table. Also, Chennai Super Kings securing the second spot to having a superior net run rate. Maxwell played a definitive inning of 51 not out. However, as the Australian big-hitter was depleted towards the end. He chose that it would be better for Bharat to confront the last few balls.

“Maxi was pretty exhausted and was in a little bit of discomfort as well. KS still had plenty of energy in the tank, so good decision that they were able to get those two. Maxi talked to him about a four to get to a Super Over. Obviously, he (Bharat) thought that he would go one better,” Mike Hesson said.

Visit also: Rohit Sharma- “He hasn’t bowled a single ball yet” in the IPL 2021