Rohit Sharma says “When we play fearlessly, this is what we get” in T20 World Cup 2021 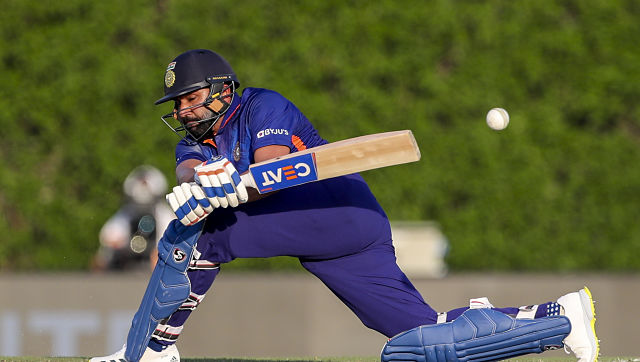 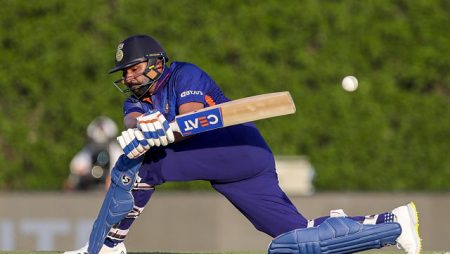 Rohit Sharma says “When we play fearlessly, this is what we get” in T20 World Cup 2021. Sharma admitted that the side went in with a “fearless” approach. In the match against Afghanistan, which helped them register. Also, their first win in the T20 World Cup 2021. In the Super 12 match, India defeated Afghanistan by 66 runs. In Abu Dhabi, batting first after losing the toss. India also put up a strong 210 for 2 scores. Sharma led the way with 74 runs, while KL Rahul chipped in with 69. After that, the bowlers limited the opposition to 144 for 7. Reflecting on India’s remarkable victory. Rohit openly said that the team created their own kind of cricket. They wanted to participate in the first two games but were unable to do so.

“We know that if we lose any game from now on, we are out of the tournament. So we have to win everything. When you are in that kind of a situation, you have to play fearlessly and not think about what is happening elsewhere,” Rohit Sharma said.

“The approach today from everyone was different and I wish it was in the first two games as well, but it didn’t happen. That can happen when you are on the road for a long time. Decision-making can sometimes be a problem and that is exactly what happened in the first two games. We are a very good team, it is just that we were not good on that particular day against Pakistan and New Zealand. The game we played today sums it up that this is the kind of team we are. When we play fearlessly, this is what we get,” Sharma said.

Additionally, the veteran opener Rohit Sharma did not agree with the suggestion. It is that the batters struggled in the first two games. They took time to adjust to their roles, coming indirectly from the IPL.

“Lastly, all these guys, if I look at the top six-seven batters – myself, Rahul, Surya, Virat, Pant, and Jaddu. These guys have been playing for a long time. So they don’t need to be told what they need to do in the Indian team. What they do for their franchise is their lookout, but when they come here, they know their roles. It is not that they are playing the first or second game for the team. They have been here for a long time and understand their roles.”

Visit also: Sunil Gavaskar says “Dravid will bring his vast experience to the Indian set up” in T20 World Cup 2021

Visit more: India roared back to form with the bat thanks to a blistering opening stand between Rohit Sharma and KL Rahul: T20 World Cup