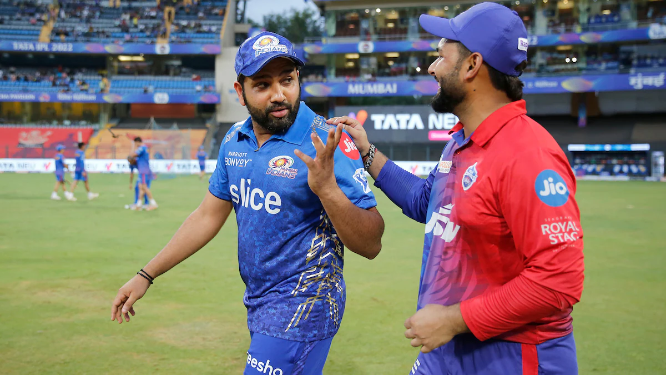 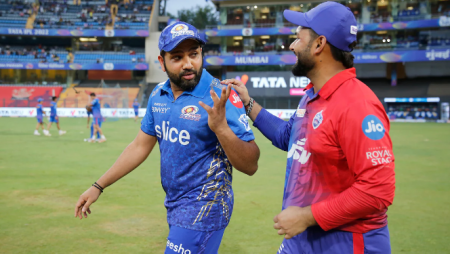 Rohit Sharma Said About Rishabh Pant Following the MI vs DC IPL 2022 Match. Rohit Sharma defended Rishabh Pant after the Delhi Capitals captain had a disastrous day on the field in the crucial IPL 2022 match against Mumbai Indians.

Rohit Sharma defended Rishabh Pant after the Delhi Capitals captain had a disastrous day on the field in the crucial IPL 2022 match against Mumbai Indians. With a playoff spot on the line, DC fell to MI by five wickets, with the spotlight falling on Pant for a DRS error that came back to haunt the team. In the 12th over, DC skipper dropped an absolute sitter to give Dewald Brevis a reprieve. Following the match, Rohit Sharma stated that “little fumbles can happen” in a high-pressure tournament like the IPL, but he believes Pant will return strongly next season.

“There’s no doubt about it: he’s a great captain. We’ve seen how he’s led his team in previous seasons. It’s as simple as that when things don’t go your way. I’ve been in similar situations before, and I was just telling him the same thing. These things happen on the ground, and sometimes things just don’t go your way. So there’s nothing wrong with it “After the game, Rohit Sharma held a virtual press conference.

“You can take a lot of what you’ve learned and try to keep things simple. He has an excellent mind and reads the game well from behind. It’s a high-pressure tournament, and little blunders can happen. However, it is critical not to lose confidence or begin to doubt yourself. That is something I discussed with him. He’s a confident guy who will return strong next season “He continued.

While Brevis’ dropped catch cost DC little, as the young South African batter was dismissed for 37, the decision not to review a caught behind against Tim David came back to bite them hard.

When DC decided not to take the review, David was on a duck. He went on to score 34 runs off 11 balls, putting MI in command. The Mumbai Indians went on to win the game by five wickets, effectively ending DC’s playoff hopes. Instead, Royal Challengers Bangalore advanced to the fourth and final round of the playoffs.

Despite the victory, MI finished last in the points table, and Rohit reflected on the season.

“We came to win the game. I know a couple of teams were keeping an eye on us, but it was important for us to get what we wanted out of this game in order to finish on a high note and take some positives from this last game. It was difficult when we lost eight games in a row. When you lose games like that, it’s never easy. I thought we performed admirably in the second half of the tournament “said the captain of the MI.