Rohit Sharma, Other MI Stars Have A Blast At The Sprawling New ‘MI Arena’ 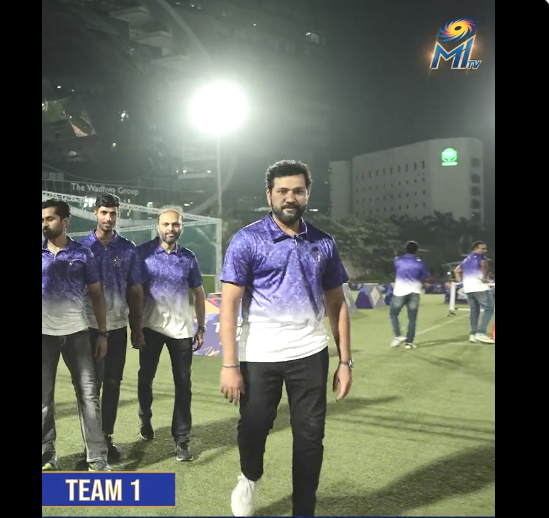 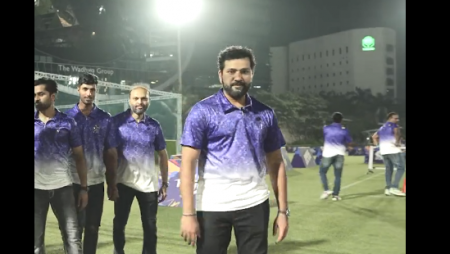 IPL 2022: The Mumbai Indians team, led by Rohit Sharma, spotted having a good time at the “opening of the new MI Arena.” Sharma and Other MI Stars Have A Blast.

The Indian Premier League (IPL) 2022 has arrived. Teams have already begun preparing for the long season that begins on March 26. While most franchises are busy sweating it out in the nets, as evidenced by their social media posts. The five-time champions Mumbai Indians (MI) are mixing it up when it comes to gelling as one unit. This brotherhood and unity were on display when the entire squad. Including team management and support staff members, seen having a good time at the “inauguration of the new MI Arena.”

MI shared a video of Rohit Sharma and the rest of the team playing various games at New ‘MI Arena’ . The video’s caption stated:

“The opening of MI Arena was a total dhamaal event!  P.S. You will just love Ro in this video. He was truly in his element. #OneFamily #MumbaiIndians MI TV.”

The “dhamaal” event kept fans on the edge of their seats as they watched their favorite cricketers compete in games such as futsal, pickle ball, box cricket, foot volleyball, and others.

The entertaining video also showed captain Rohit Sharma having a great time after seeing the toy guns and other props on offer.

The Mumbai Indians (MI) will look to get off to a good start when they face the Delhi Capitals (DC) on March 27 at Brabourne Stadium in Mumbai.