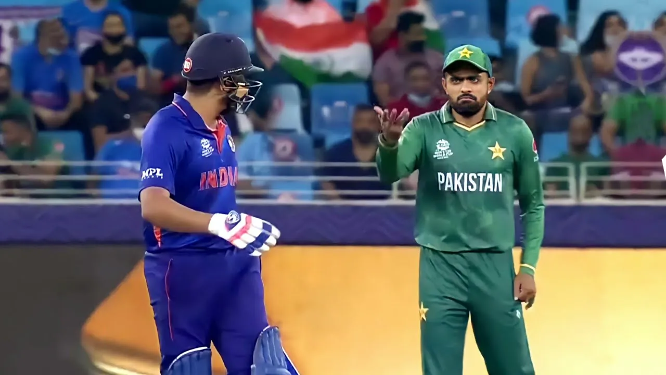 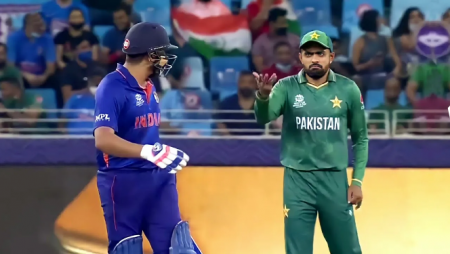 Sri Lanka will face Afghanistan in the Asia Cup opener later on Saturday in Dubai. However, all eyes will be on Sunday’s showdown between archrivals India and Pakistan. Before the game, India captain Rohit Sharma and Pakistan captain Babar Azam squared off. Rohit and Babar can be seen conversing in a video shared by the Pakistan Cricket Board. Both skippers could be seen smiling as they talked.

Also Read: KL Rahul is ‘excited’ to face Pakistan in the Asia Cup.

Both the PCB and the BCCI had previously posted videos of players from both camps talking before taking the field on Sunday.

Virat Kohli had also met Babar and had a brief conversation with him.

According to recent form, Babar is one of the world’s best batters, whereas Kohli has struggled recently. Comparisons between the two began a long time ago and have recently gained traction.

Notably, the 33-year-old will become the first Indian player to play 100 games or more in all three formats.

Virat has only played four T20Is for his team this year, scoring 81 runs at a subpar average of 20.25. This year, his best score in the format is 52.

Also Read: Sourav Ganguly believes in Virat Kohli ahead of the Asia Cup in 2022.