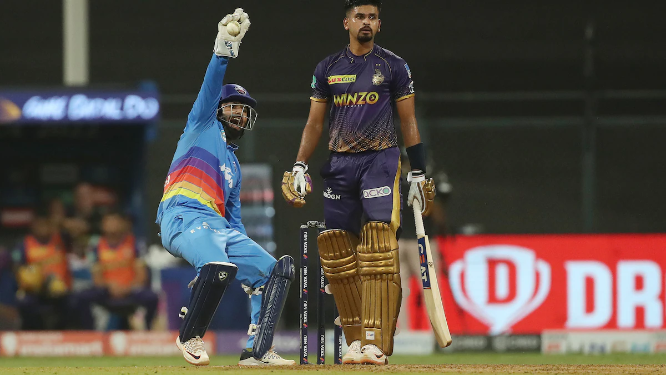 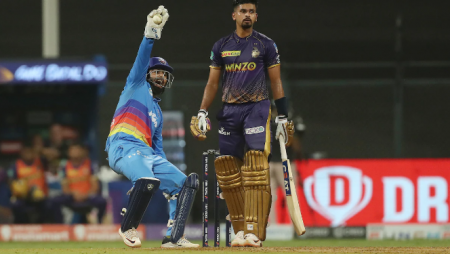 The Delhi Capitals put in a much better performance against the Kolkata Knight Riders on Thursday, helping the Rishabh Pant-led side earn their fourth win of the ongoing Indian Premier League (IPL) season. Kuldeep Yadav returned with four wickets as Delhi Capitals limited KKR to 146/9, and Delhi won by four wickets with six balls to spare. Pant’s agility and reflexes were on display in the 14th over of KKR’s innings, when he took a stunning catch to send KKR skipper Shreyas Iyer back to the pavilion.

Kuldeep Yadav bowled a googly, which deflected away from Iyer. The ball stayed low outside off, and Iyer got a bottom edge. When the ball landed near Pant’s boot, the wicketkeeper extended his right hand.

Also Visit: Pakistan’s Jos Buttler said: “It’s nice when you work with someone who remembers you.”

The Delhi Capitals captain held on, and Iyer walked back to the hut.

Pant commented on the catch after the match against KKR: “I was just staring at the ball until the end (referring to his low catch). I’ve been keeping a lot in the nets all season, and that was my best catch.”

The Delhi Capitals then beat the target with six balls to spare. The Pant-led side was in trouble at 84/5, but Rovman Powell played an unbeaten knock of 33 to get his team over the line.

With eight points, the Delhi Capitals have moved up to sixth place in the points table.