Rishabh Pant’s masterclass propels India to a series victory over England, and Twitter goes into overdrive. 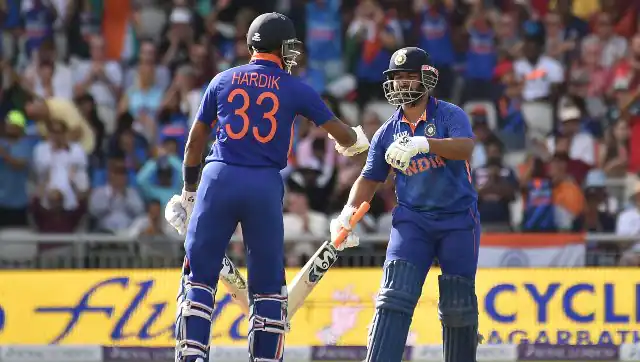 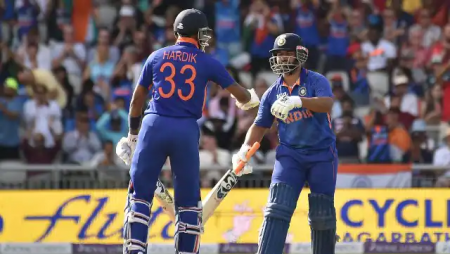 Rishabh Pant scored his maiden ODI century as India defeated England by five wickets. In the third and final ODI at Manchester’s Old Trafford Cricket Ground. Pant produced a sensational knock of 125* off 113 balls to rescue India from a difficult situation when they were 72 for four in their chase of 260. Pant and Hardik Pandya, who also scored 71, added 133 runs for the fifth wicket as India chased the total down with 47 balls to spare. Former India greats also reacted to Pant’s incredible knock after India won a memorable series.

“Heartiest congratulations @RishabhPant17 bro on your ODI century. You were fantastic throughout, what a player,” former India batter Suresh Raina also tweeted.

“Quality knock @RishabhPant17. In a series decider when it matters most. @hardikpandya7 you are one of the best allrounders in the world right now . Period. Great work guys. Well done team India,” India wicketkeeper-batter Dinesh Karthik also tweeted.

“Pant is a superstar in the making, just brilliant batting. The innings had everything slow start then the accelerator,” former England spinner Monty Panesar wrote on Twitter.

“Jahan matter bade hote hai, wahan Pant khade hote hain.” What a mature yet so entertaining innings by @rishabhpant17.. India on a brink of a historic win in England,” veteran spinner Amit Mishara captioned a post.

“Pant is a future superstar with his batting ability. The inning began slowly, then quickly picked up speed “Monty Panesar, a former England spinner, wrote on Twitter.