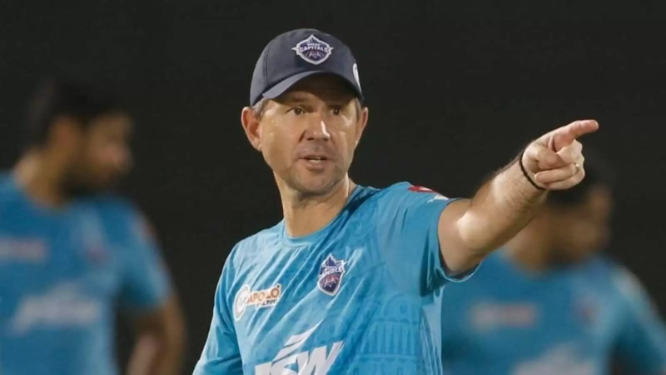 Ricky Ponting Speaks Out On The No-Ball Scandal Against RR In IPL 2022.

The Delhi Capitals returned to winning ways on Thursday, defeating the Kolkata Knight Riders by four wickets at Wankhede Stadium in the ongoing season of the Indian Premier League (IPL) 2022. After the game, head coach Ricky Ponting spoke about the no-ball controversy against the Rajasthan Royals, which result in Rishabh Pant being dock 100% of his match fees and assistant coach Pravin Amre being ban for one game.

“Look, everything was wrong. Everything about it was incorrect. The umpiring was incorrect, but you have to move on. We are not please that our players remonstrate in this manner and that our assistant coach ran out onto the field. I’ve discuss it with the guys. We’ve had a rough couple of weeks here at Delhi Capitals; we’ve had a couple of COVID-19 cases, we’ve been lock up in a hotel, and “Ponting spoke to Star Sports following the game between the Delhi Capitals and the Kolkata Knight Riders.

“I’m sure it was all the frustration, the build-up. It was a close game, and what I said to the guys after that was a line in the sand moment for us. It was halfway through the tournament; we needed to put it behind us and move forward with a better attitude in the second half of the tournament “He went on to say.

During the match against the Rajasthan Royals, Rishabh Pant motioned for the batters (Rovman Powell and Kuldeep Yadav) to return to the dugout, and then assistant coach Pravin Amre came out to the middle to speak with the on-field umpire.

This all occur after the Delhi Capitals camp was perplexed by the on-field umpires’ refusal to call a possible waist-high no-ball.

Delhi needed 36 runs off the final over to win, and Powell had sixed the first three balls. Rajasthan pacer Obed McCoy bowled a full-toss on the third ball of the over, which the Delhi Capitals team mistook for a no-ball.

Amre then made his way to the field to speak with the on-field umpire. Finally, Obed McCoy able to deliver the final three balls on a good spot, and the Delhi Capitals fell to a 15-run defeat.