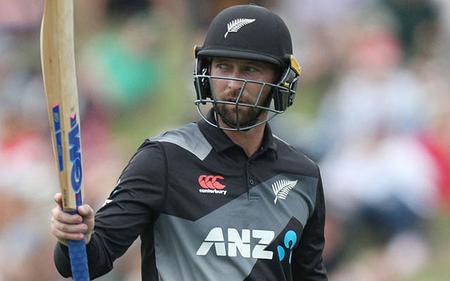 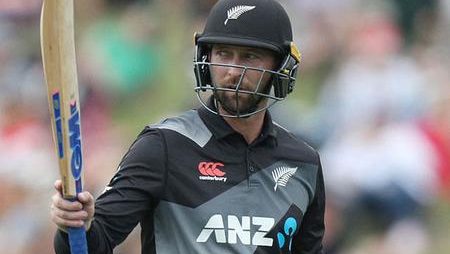 Review of the New Zealand T20I Tri-Series: Devon Conway and the bowlers flourish as New Zealand outwits Bangladesh. New Zealand was able to chase down the meager score thanks in part to Devon Conway’s unbeaten 70 off 51 balls.

New Zealand earned their first points in the Tri Series after easily defeating Bangladesh at the Hagley Oval in Christchurch. The bowlers’ combined performance, paired with Devon Conway’s undefeated 70, set up the Kiwis for a commanding victory.

New Zealand chose to bowl first earlier in the game after winning the toss. Mehidy Hasan Miraz was quickly bowled out for only five runs before Najmul Hossain Shanto (33) and Litton Das broke the mold and played a few appealing shots up front to establish a reliable partnership. In the 14th over, Bangladesh was reduced to 78/5 after a flurry of wickets fell after the removal of the duo.

While Afif Hossain and captain Shakib Al Hasan took their time, they were unable to save the innings. The only batter to get going was Nurul Hasan, whose 12-ball 25, which included two sixes, helped Bangladesh reach 137/8 in their 20 overs. The New Zealand bowling lineup included Trent Boult, Tim Southee, Michael Bracewell, and Ish Sodhi, who each took two wickets.

With an undefeated 70, Devon Conway leads the run-chase.

The dismissal of Finn Allen put the Kiwis on the back foot in response, but Devon Conway came off the bat looking quite confident. Conway and team captain Kane Williamson put the home team in control with a strong 85-run second-wicket partnership.

Conway’s bat contributed the majority of the runs, and Williamson was content to rotate the strike. Williamson’s innings ended after a valiant 30-off-29 innings, but Conway was able to surpass the fantastic 50-run mark.

Two 4s and two 6s for Glenn Phillips’ 9-ball 23 gave New Zealand 8 wickets with 13 balls to go to complete a winning pursuit. Hasan Mahmud was Bangladesh’s top bowler and in four overs he was 26 for 1.

Read also : To face rape allegations, Sandeep Lamichhane will travel back to Nepal.