Regarding Ruturaj Gaikwad’s potential for international success, Ravi Ashwin makes a bold claim. – ‘Look at who he is competing with’ 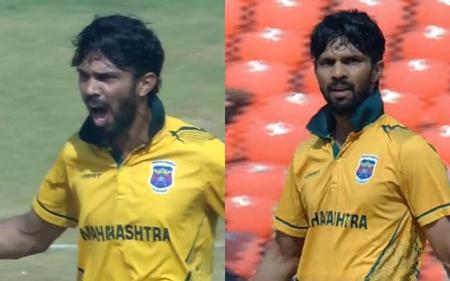 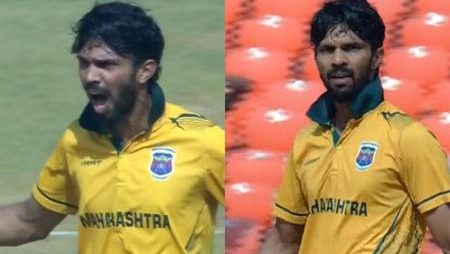 Regarding Ruturaj Gaikwad’s potential for international success, Ravi Ashwin makes a bold claim. – ‘Look at who he is competing with’. Ashwin said ‘It will be a matter of time before Ruturaj Gaikwad sets the world stage on fire,’.

At the just finished Vijay Hazare Trophy 2022, Ruturaj Gaikwad amassed an incredible 660 runs at a terrific average of 220 in just five games. He made a strong comeback after missing a significant portion of the competition due to injury. And scored four hundreds, including an undefeated double ton against Uttar Pradesh when he made history by slamming seven sixes in an over.

He is presently the buzz of the town following his heroics in the competition. He only played his first game against South Africa in October, but despite having excellent statistics in List A cricket, he is yet to be given any opportunity in India’s ODI. Ruturaj Gaikwad has upped the bar significantly since winning the Vijay Hazare Trophy, and Ravichandran Ashwin, an Indian spinner, agrees that this is the case.

Read also: Here is the World Test Championship opening match between Australia and the West Indies.

By Ravi Ashwin “Competition for one spot is heating up”

A gloomy fact about Gaikwad’s chances of making the Indian squad was brought to light by Ashwin. Gaikwad plays the opening position in white-ball cricket. Gaikwad’s impressive performance in the Vijay Hazare Trophy provides a solid argument for his comeback to India, even if Ashwin pointed out the players he is up against for a spot in the team, much alone the XI.

“Since he is from India, whom will he replace? Not even replace but look at whom he is competing with. Shikhar Dhawan, Rohit Sharma, Shubman Gill, and we have Rishabh Pant opening as well. India is becoming a difficult country to genuinely play cricket. I mean, competition for one spot is heating up. And Ruturaj is not heating it up; he has taken the solar panel on his head and scored runs for fun. Amazing, very well done, Ruturaj Gaikwad. I am sure all the CSK fans are super happy. It will be a matter of time before Ruturaj Gaikwad sets the world stage on fire.”

Gaikwad performed admirably in both the Syed Mushtaq Ali competition and the Vijay Hazare Trophy, amassing a staggering 295 runs in just six games, but he has now strengthened his case. India will have five opening options for the next ODI series against Bangladesh thanks to the inclusion of Rohit Sharma, Dhawan, KL Rahul, Pant, and Ishan Kishan.