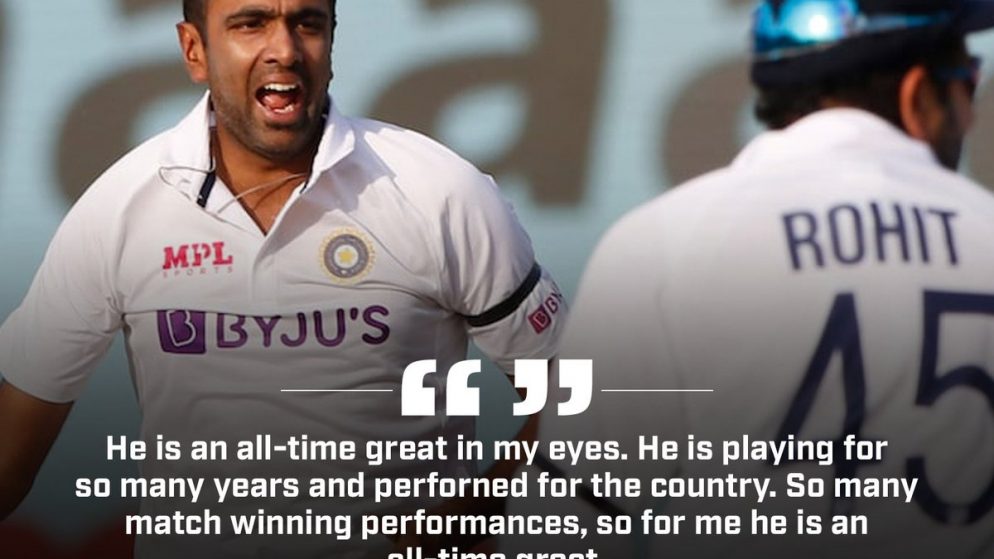 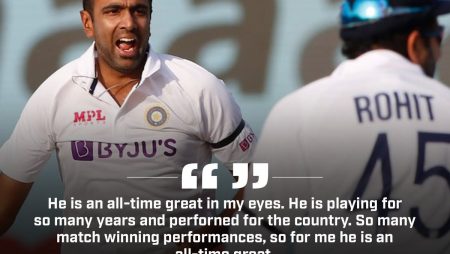 Ravichandran Ashwin: Rohit Sharma’s “All-Time Great” Praise. IND vs. SL: In an interview with the BCCI, Ashwin discussed his reaction to Rohit Sharma’s praise as well as a breakfast conversation.

Ravichandran Ashwin was in superb form as India cruised to an innings and 222-run victory over Sri Lanka in the first Test match in Mohali. The off-spinner took his 435th Test wicket, passing Kapil Dev’s previous high of 434 dismissals to become India’s second highest wicket-taker in the longest format. After the game, the veteran cricketer received a lot of praise, especially from captain Rohit Sharma. In an interview with the BCCI, Ashwin stated that he “didn’t know how to react” to Rohit’s praise.

“I’m not sure what to say to Rohit. I am terrible at accepting compliments. I’m not sure how to respond. I can get emotional at times, but I can’t really coin those words when I’m emotional. Rohit came out to the press conference and lavished praise on me, and I didn’t know how to respond until this morning. That was very kind of him, I told him in the breakfast room “, Ashwin explained.

India declared after posting 574 for eight in the Mohali Test, with Ravindra Jadeja smashing an unbeaten 175-run knock off 228 balls. Meanwhile, Rishabh Pant hit 96 off 97 balls. The hosts invited Sri Lanka to bat again after their first innings score of 174, which was 400 runs lower than India’s first innings total of 574/8d.

The visitors only managed 178 runs in their second innings and were defeated by a large margin.

Ravindra Jadeja was named Man of the Match after scoring an unbeaten 175 and taking nine wickets.

The second Test Match between India and Sri Lanka will begin on March 12 and will be a day-night affair.